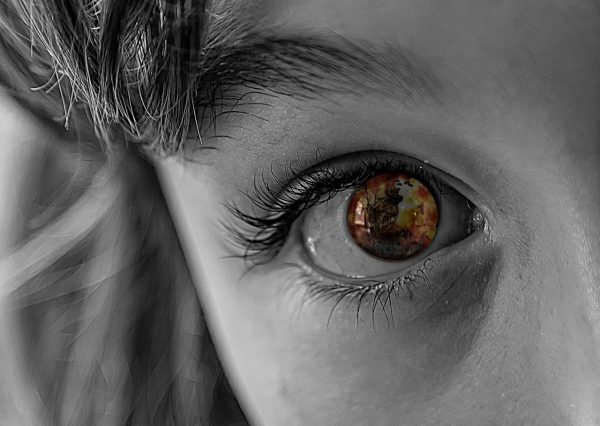 More than two decades ago, attorney Ed Manchur had three extremely unusual dreams that really shook him up.  Even since that time, he believed that the dreams were for the United States, but the stage was never set for them to be fulfilled until now.

So many people have been shown that great chaos is soon coming to our nation, and what Ed Manchur experienced all the way back in 1999 is consistent with what so many others have been shown in more recent times.  Here is Ed’s account of those dreams…

The first dream occurred on a Thursday night in October 1999; I can’t remember the exact date. I know it was Thursday however because it upset me so much that I went to work the next day and was virtually useless and thankful that the weekend was coming. Here is the first dream (and in fact the identical dream on Friday night–literally identical as far as I remember):

I found myself on a large main street (not a highway) but like a wide city street. I was aware of a few (maybe 20-30 others) on the street itself; some in front of me and some on the sides and in back of me. I did not see a single face but I was aware of their presence. I remember believing that I did not know any of these people. Then, the disturbing part of the dream was that lined up on both sides of the wide street were people in rows until the rows went out of site. They were all in tattered clothes. Men, women and children. They looked haggard. Some were crying and wailing. Somehow I knew that they were starving (literally without food). Those in the front couple of rows were reaching their arms out begging me (those in the street) to help them and to give them food and money. It was as if they had just suffered some big trauma; I wondered whether there had been an event (maybe an EMP or other serious attack). I recall believing that this was the case but then in my dream I even thought that it was pure speculation and I could not conclude that anything had occurred.

I remember feeling awful and that I could not really help these people. For some reason they could not step onto the street; there was some kind of rope or barrier set up so they could not step off of the sidewalk where, for whatever reason, I felt safe and provided for. The others on the street were NOT starving and they were dressed as you would expect; not in tattered clothes and not crying or wailing.

I also knew that I was somewhere in the midwest; I am not sure how I knew this but it was clear to me that this was a city with farmland that had no crops. I went to law school in Bloomington IN so I know what large farms look like; especially corn farms. I don’t know what state it was but it just felt like the “middle” of the U.S.; maybe Nebraska???

The dream lasted what seem to be about a minute or two. When I awoke (on both Thursday night and Friday night) I felt like what I had witnessed was “reality”. It scared me and as I say, I was “useless” all of Friday at work (and also Saturday after the Friday night dream). I am not sure what time of night the dreams occurred. I know it was late night or early morning. AGAIN, THE SECOND DREAM ON FRIDAY NIGHT WAS IDENTICAL IN ALL RESPECTS TO THE FIRST DREAM ON THURSDAY NIGHT. THIS HAS NEVER HAPPENED TO ME SINCE NOR PRIOR.

Then on Saturday night I had the third dream. It started out the same way as the first two in all respects. This time I was very much aware of the others in the street and somehow knew that we were all Christians. I assumed that we had been informed of events that would be coming and for some reason had prepared so that we were not without food. Also, I knew that those in the street (Christians) had not suffered through whatever event had precipitated the hunger of those on the sidewalks. Also, I became aware that none of my immediate family members were with me; which I found odd??? It did not bother me though because I knew that they were not in harm’s way because they were back in Massachusetts.

As I say, the dream progressed exactly as the first two. I remember feeling anxious to know more of the details of what had happened to these people. I still knew I was helpless to help but I did want to know why they were without food and why they were in tattered clothes and crying/wailing.

Just when I had that thought, I was taken up off of the ground; slowly and I had no fear. It was as if I was being lifted up to see something that would answer my questions. As I got about 10-15 feet off of the ground — no one else in the street was off of the ground — I could see way off in the distance, perhaps a mile, a solitary figure walking in the middle of the street and coming towards us. I could not make out any details of the man.

I felt as if I was literally there in this scene in person. For the sake of describing the rest of the dream, I’ll refer to the passage of “time” as if I was watching a movie that had been edited because it likely would have taken the figure 20 minutes or so to walk the mile but, as I describe below, the time was telescoped.

As I watched, the “movie” sped up because in a second, the figure had closed the mile to about 1/2 mile. I still could not make out any details at that point. I continued to watch intently and the “movie” sped up again and now I could see a tall man dressed in a long black coat and a tall black hat. I still could not see his face; etc. Then as the movie sped up one more time, so that he was within 50 yards or so, I saw for the first time that it was Abraham Lincoln. He was staggering from side to side of the middle line in the road. He was dazed and confused. His face was all cut and bruised. I remember thinking “it looks like he’s going to die.” I knew that he had suffered some terrible attack and I believed it was from a foreign nation; again, I don’t know why or how I knew this but I was pretty sure it was so—–although I remember still not being 100% certain. I was horrified and frightened for my own safety at that point; the first time I felt fear.

Somehow I knew that none of us in the street could be guaranteed that we would stay safe. As I contemplated my own fear and my desire to return to my immediate family to “protect” them, I awoke. Needless to say, I was even more shaken now.