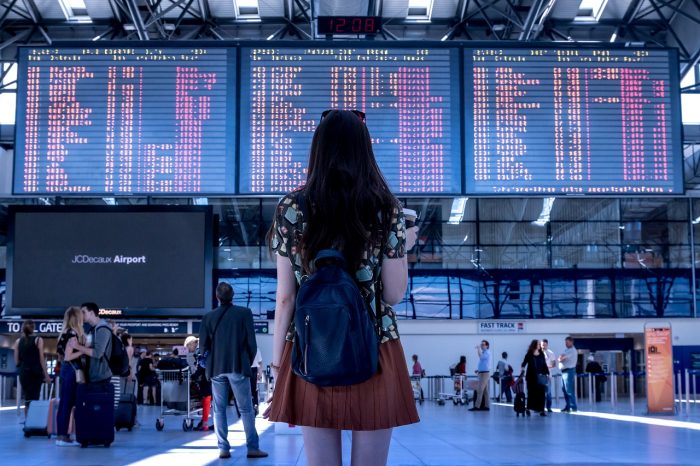 The U.S. State Department has officially issued a level two advisory for travel to China, and U.S. citizens are being warned that they could “be detained” and “subjected to prolonged interrogations and extended detention”. That sounds extremely ominous, but most Americans typically ignore warnings like this and continue with their normal travel plans anyway. However, this time around people might want to take heed, because as you will see below westerners are being grabbed and held indefinitely by China right now. After Huawei Technologies CFO Meng Wanzhou was grabbed while she was changing planes in Canada on December 1st, the Chinese decided that they could play that game too. So if you are planning to travel to China, the truth is that you could very easily become a pawn in a struggle between the world’s two largest superpowers.

If you have not read the travel advisory yet, you can find it right here. The following is how it begins…

Exercise increased caution in China due to arbitrary enforcement of local laws as well as special restrictions on dual U.S.-Chinese nationals.

In most cases, U.S. citizens only become aware of the exit ban when they attempt to depart China, and there is no method to find out how long the ban may continue. U.S. citizens under exit bans have been harassed and threatened.

U.S. citizens may be detained without access to U.S. consular services or information about their alleged crime. U.S. citizens may be subjected to prolonged interrogations and extended detention for reasons related to “state security.” Security personnel may detain and/or deport U.S. citizens for sending private electronic messages critical of the Chinese government.

If you end up being subject to an “exit ban” while you are in China, that means that you are stuck there until the Chinese government decides that you can go.

And in some cases that never actually happens.

Of course the worst case scenario is that they grab you, interrogate the living daylights out of you, and then you are never seen or heard from again.

Unfortunately, the Chinese feel justified in doing these things to us, because Canadian officials grabbed Huawei Technologies CFO Meng Wanzhou on December 1st as she was switching planes in Canada. That was done at the request of U.S. authorities, and the Chinese are extremely upset about this.

In the aftermath of that “arrest”, the Chinese grabbed Canadian entrepreneur Michael Spavor and former Canadian diplomat Michael Kovrig. And then subsequently, a “third Canadian citizen” was detained…

Global Affairs Canada confirmed on Tuesday that a third Canadian citizen has been detained by Chinese authorities, but did not connect the incident to Canada’s high-profile arrest last month of a Chinese tech executive.

A spokesperson with Global Affairs said it was “aware of a Canadian citizen” who has been detained, but did not provide further details, citing the Privacy Act.

Yes, many people continue to travel back and forth normally between North America and China, but in this type of environment why risk it?

Meanwhile, talk of a potential military conflict between the United States and China continues to heat up. For example, one Chinese naval officer recently suggested that China should sink a couple of U.S. aircraft carriers…

Rear Admiral Lou Yuan told an audience in Shenzhen that the simmering dispute over the East and South China Seas could be decisively ended by sinking two US aircraft carriers.

Taiwan’s Central News Agency reported that Admiral Lou gave a long speech on the state of Sino-US relations, where he declared that the trade spat was “definitely not simply friction over economics and trade,” but a “prime strategic issue.” And that if China wants the US to back off, it must be willing to attack US ships when they intrude in Chinese territory.

And the Chinese military is being instructed to get prepared for a “military struggle”. The following comes from a mainstream British news article entitled “World War 3 WARNING: China orders army to ‘PREPARE for WAR’ in 2019”…

China has told the People’s Liberation Army (PLA) that they must be prepared for a “military struggle”. The terrifying message was published in an editorial in the PLA Daily, the Chinese army’s newspaper.

It said: “Drilling soldiers and war preparations are the fundamental jobs and work focus of our military, and at no time should we allow any slack in these areas.

“We should be well prepared for all directions of military struggle and comprehensively improve troops’ combat response in emergencies … to ensure we can meet the challenge and win when there is a situation.”

Unfortunately, the gap between the U.S. military and the Chinese military has significantly narrowed in recent years, and the Chinese continue to develop extremely impressive new weapons systems.

For example, they just tested a brand new submarine launched missile that can deliver nuclear warheads to U.S. cities…

CHINA has successfully tested a submarine launched missile which can unleash a nuclear holocaust anywhere in the United States, sources have revealed.

The game-changing Chinese military flight tested the Julong-3 missile that will be deployed with the next generation of ballistic missile submarines which are in the pipeline.

In other words, someday Chinese subs could sneak up to our coastlines and hit us with a huge barrage of nuclear missiles before we even have a chance to respond.

Thankfully it does not appear that a military conflict with China is imminent, but the trade war continues to become more painful, and relations between our two nations are deteriorating at a very rapid pace. Along with so many other factors, this is one reason why 2019 is going to be such a tough year. I would encourage everyone to make whatever adjustments are necessary to weather the storm that is ahead.

And please do not travel to China right now unless it is absolutely necessary, and even then you may want to carefully think about it.

Once you get into China, you might not be able to get out, and you could potentially end up as a pawn in an international chess game.