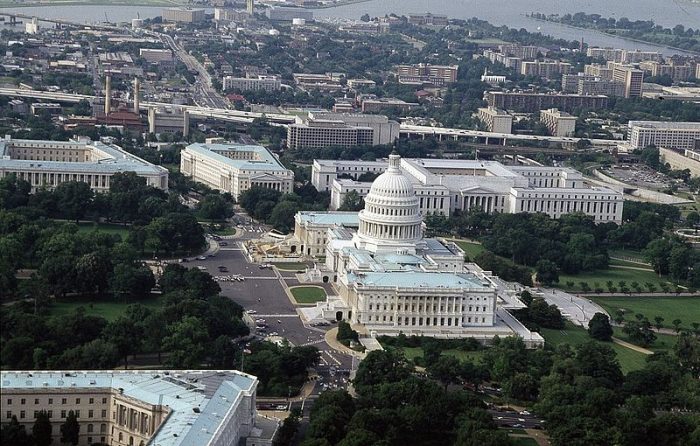 The Senate health care bill was unveiled on Thursday, and it appears to be dead on arrival. At least four conservative senators say that they can’t vote for the current version because it doesn’t go far enough, while several moderate Republicans are expressing concerns that it goes too far in repealing popular Obamacare provisions. You can read the full text of the bill here. Since Democrats are going to be united in voting against any bill that the Republicans put forward, Senate Majority Leader Mitch McConnell can only lose two Republican votes if he wants something to pass. I don’t know how that is going to be possible, and so in the end we may be stuck with Obamacare for the foreseeable future and that would be a total disaster.

It is astounding to me that Republicans don’t want to pass the exact same clean Obamacare repeal bill that they got to Obama’s desk in 2016. If they got that same bill to Trump’s desk, he would sign it. Instead of trying to do everything at once, just repeal Obamacare and then start working on various pieces of the health care system one at a time.

According to Real Clear Politics, Congress currently has an average approval rating of just 17.6 percent. It is an institution that has failed the American people over and over again, and we are never going to move things in a positive direction in this country until we do something to clean up that cesspool of filth and corruption.

If we truly want to fix health care in this country, we need to rebuild the entire system from the ground up based on free market principles. But of course the bill that was just unveiled in the Senate simply tries to patch up the system we already have, and that ultimately won’t work…

The bill is very similar to the version of the House bill that passed last month but with some key changes. The text released Thursday showed the Senate legislation would still make major changes to the nation’s health care system, repealing Obamacare’s individual mandate, drastically cutting back federal support of Medicaid, eliminating Obamacare’s taxes on the wealthy, insurers and others. The Senate plan however would keep Obamacare’s subsidies to help people pay for individual coverage.

One thing that is good about the Senate bill is that it would eliminate Medicaid reimbursements for Planned Parenthood for 12 months, but of course this is something that would need to be made permanent as soon as possible.

Overall, the Senate bill would be a bit of an improvement over Obamacare.

But a slight improvement over a major disaster is still a disaster.

Shortly after the bill was unveiled, four conservative senators announced that they cannot vote for the bill the way that it stands now…

However, four conservative Republican senators —Rand Paul of Kentucky, Ted Cruz of Texas, Ron Johnson of Wisconsin and Mike Lee of Utah— said they “are not ready to vote for this bill” because it does not go far enough in repealing Obamacare. Separately, moderate GOP Sen. Dean Heller of Nevada said he has “serious concerns” about the bill’s impact on Medicaid patients.

“Currently, for a variety of reasons, we are not ready to vote for this bill, but we are open to negotiation and obtaining more information before it is brought to the floor,” Paul, Cruz, Johnson and Lee said in a joint statement. “There are provisions in this draft that represent an improvement to our current health care system, but it does not appear this draft as written will accomplish the most important promise that we made to Americans: to repeal Obamacare and lower their health care costs.”

On the other end of the spectrum, a couple of RINO (Republican in name only) senators are expected to object to the bill because it would reduce funding for Planned Parenthood…

The Senate bill would cut Medicaid funds from organizations that provide abortions for one year. It does not mention Planned Parenthood by name, but the legislation is clearly targeting the organization, which Republican leaders have promised to defund.

Sen. Susan Collins, R-Maine, and Sen. Lisa Murkowski, R-Alaska, have both expressed concerns about any legislation that defunds Planned Parenthood. Murkowski said Thursday she was still reviewing the bill’s provisions.

President Trump says that the Senate bill is not a finished product and that it is open for negotiation.

But I don’t see how in the world anyone is going to be able to craft something that will be acceptable to at least 50 Republicans in the Senate.

Unfortunately, even if the Republicans pass a health care bill somehow it will not fix the giant mess that our system has become.

I have proposed legalizing nationwide Association Health Plans. My Senate Bill 222 does just that. I have advised the President to act through his Secretary of Labor to review existing law and make it explicitly known that national associations can negotiate as one to bring down insurance prices.

And I would also like to see an expansion of direct primary care and other models that bypass the health insurance companies entirely.

The health insurance companies collectively make a profit of 15 billion dollars a year, and they are a big part of what is wrong with our current system.

There is so much that needs to be done to fix things, and both parties are failing the American people.

So let’s hope that we can remove a lot of these incumbents in 2018, because we definitely need some fresh thinking in Washington.