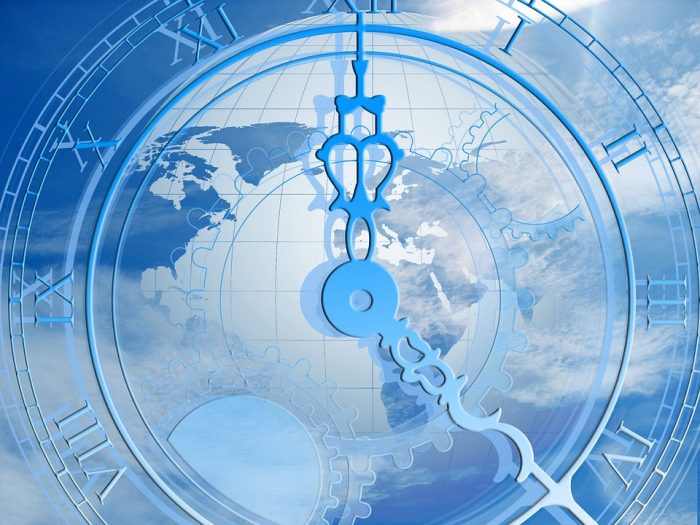 Do you love liberty and freedom?  If you ask that question to people randomly on the street, you are going to get the same answer over and over again.  Everyone wants liberty and freedom, but what they don’t understand is that there is an inverse relationship between the size of government and the amount of liberty and freedom that we get to enjoy.  Every time a new law, rule or regulation is established, our liberties and our freedoms are restricted in some way.  So the bigger government becomes, the less liberty and freedom we actually have.

Of course we can’t do away with government entirely, because then we would have anarchy.  For example, we don’t want the “freedom” to run around murdering one another at random.  So it is very good to have laws against murder.

But in general, our founders intended for this to be a nation where government was limited and where our freedoms and liberties were maximized.

Sadly, what we have today is radically different from what our founders intended.  Government has just gotten bigger and bigger over time, and this is true on the federal, state and local levels.  And the bigger government gets, the more oppressive it tends to become.  North Korea, Soviet Russia and Nazi Germany are three examples of what can happen when big government spins wildly out of control.

As I run for Congress, this is something that I am working very hard to educate people about.  I am running on a pro-liberty platform, and that means that I want to try to restore the constitutional balance that our founders originally intended.  In order to do that, we need to dramatically shrink the size of our federal government, and doing so would mean much more liberty and freedom for us all.

Fortunately, most people up here in Idaho’s first congressional district greatly welcome my message about limited government.  When I ask them what they want from government, most of them tell me that they simply want government to get off of their backs.

I have a friend named Bob that lives up close to the border, and he is sick and tired of government control freaks.  He is a cattle rancher, and federal bureaucrats are making things so miserable for him that he can barely run his business anymore.  I have promised to try to help him once I am elected, but for now things are really tough for him.

Other Idahoans have other concerns.  My friends over at Health Freedom Idaho simply want the freedom to make health decisions for themselves and for their own families.  But because big government politicians in Boise are constantly pushing government interference in heath issues, they find themselves engaged in constant political battles.  We need to work hard to remove big government politicians from our state legislature and from state legislatures all over the nation.

I have also been speaking to many small business owners throughout this campaign.  Over and over again I hear about red tape and oppressive levels of taxation, and I can sympathize with them because I experience the same things as a small business owner myself.

For decades, both major political parties have been dominated by big government politicians, and so both parties have been marching us down the road toward big government socialism.  We have now gone so far down that road that anyone that wants to restore true conservative values to Washington is considered to be an “extremist” by the left, and of course they say “Christian values” are not allowed at all because of “the separation of church and state”.

But of course they have no problem at all using the structures of big government to advance their liberal agenda and to impose their liberal values on all the rest of us.

This is happening on a global scale as well.  The global elite have been using international organizations such as the United Nations and international treaties such as the Paris Climate Agreement to impose their liberal values on the entire planet.  And they are using international trade agreements to slowly but surely merge all of us into the emerging one world economic system.  In the end, they want more and more power transferred into international hands, because they believe that more “global governance” will allow them to achieve their ultimate goals.

For Americans that love liberty and freedom, this is a fight that we cannot afford to lose.  We should strongly fight any attempts to erode American sovereignty, and we should greatly resist any attempts to give global bureaucrats the power to make decisions which will affect the daily lives of all of us.

These days even the mainstream media regularly uses terms such as “globalists” and “globalism”.  At the top of an article last year, the New York Times even ran this stunning headline: “Besieged Globalists Ponder What Went Wrong”.  The Brexit vote and the election of Donald Trump were never supposed to happen, and in so many ways we are starting to fight back against the globalist agenda.

Unfortunately, a lot of people out there still don’t think that we can win.  In fact, there have been Christians that have criticized me for getting into politics because they are convinced that there is no possible use in fighting the globalists since they are so powerful.

Yes, the globalists have immense amounts of power and money.  And of course their ultimate goal is to form a single global system that will manage every single man, woman and child on the entire planet.  Should we just lay down and allow their “New World Order” to happen without any resistance?

I cannot do that.  I am going to fight any effort to steal the freedoms and liberties that previous generations fought and died to secure for us.  And I am going to fight for my daughter’s future, because if the globalists ultimately win, they intend to totally wipe out our way of life.

Big government is the enemy of liberty and freedom, and a “New World Order” would be a complete and utter nightmare for humanity.

This is a battle worth fighting, and I hope that you will help us fight it.

In the end, it is a battle that we cannot afford to lose.

1 thought on “Why The Battles Against Liberalism, Globalism And The New World Order Are All Related”