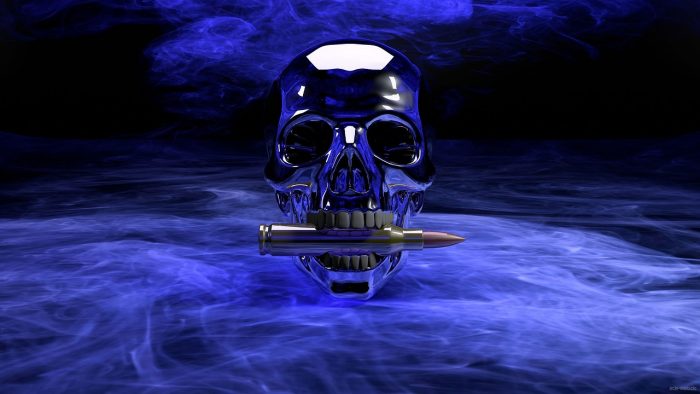 We always knew that this was coming. We always knew that there would eventually be a war between Israel and Iran, but we had hoped that it could be put off for as long as possible. Well, now it appears that time may have run out. The exchange of missiles between the IDF and Iranian forces based in Syria on Sunday represented a major escalation of a conflict that has been simmering at a low level for months. Israeli Prime Minister Benjamin Netanyahu is pledging to continue to “strike at the Iranian entrenchment in Syria”, and on the other side the Iranians and the Syrians have changed the rules of the engagement to allow for a military response against Israel every time Israel strikes targets inside Syria. What this means is that there are going to be more missiles going back and forth, and it seems inevitable that both sides will eventually cross the point of no return.

And even now, we may be dangerously close to that line. In the aftermath of the missile exchange on Sunday, the Israeli Minister of Intelligence declared that Israel is now in “an open confrontation with Iran”…

Yisrael Katz, Israel’s Minister of Intelligence, later told Galatz that the policy for taking on Iran in Syria had changed and that the Jewish state was now in “open confrontation” with Iran.

“This is an open confrontation with Iran. When we need to step it up, we’ll step it up,” Katz said while again adding that Israel would not allow the continuing Iranian entrenchment in Syria.

But the Iranians are not going anywhere, and they do not intend to back down at all. So Israel will continue to strike the area in and around the airport in Damascus, and the Syrians are threatening to hit Ben Gurion Airport in return…

Syria’s United Nations envoy called on the world body’s Security Council to take measures against Israel’s continued assault on Syrian territories, as reported by the Syrian news agency Sana, wondering whether it would take a Syrian attack on Tel Aviv Airport to draw the council’s attention.

“Does drawing the attention of the war-makers in this Council require us to exercise our legitimate right to self-defense and respond to Israeli aggression on Damascus International Airport by responding in the same way on Tel Aviv Airport?” the Syrian envoy, Dr. Bashar Al-Ja’afari, asked.

If Ben Gurion gets hit, we will immediately see fireworks in the Middle East like we haven’t seen in decades.

And the Iranians fully expect such a conflict to break out. In fact, earlier this week the commander of Iran’s air force boldly declared that his forces “are fully ready and impatient to confront the Zionist regime and eliminate it from the Earth”…

The head of Iran’s air force said on Monday the country was ready to fight Israel and destroy it.

Speaking to the Young Journalist Club, a website supervised by state television, Brigadier General Aziz Nasirzadeh said: “The young people in the air force are fully ready and impatient to confront the Zionist regime and eliminate it from the Earth.”

The Iranians fully mean what they are saying. They absolutely hate Israel with a passion and they will not stop until it no longer exists.

Last month, another top Iranian official made it exceedingly clear what Iran intends to do…

Brig. Gen. Mohammad Reza Naqdi, the Islamic Revolutionary Guard Corps (IRGC) Deputy Commander for Cultural and Social Affairs, said in a December 28 interview with the Iraqi television network Al-Nujaba that the “Islamic revolution in Iran will not back down” from the goal of “wiping out” the Jewish state.

He vowed to take part in that effort. “We were, we are, and we will continue to be the soldiers of Imam Khamenei,” he said, “until our last breath and until the last drop of our blood. I myself will hoist the flag of the Islamic Revolution in Jerusalem, Allah willing.”

Are you starting to understand why war between Israel and Iran is inevitable?

And if Israel and Iran go to war, guess who else will almost certainly enter the conflict?

President Trump has pledged to do whatever it takes to defend the nation of Israel, and it was recently revealed that at one point the White House actually asked the Pentagon to draw up a plan for bombing Iran.

Of course the Russians are already allied with Iran and their forces are already in Syria, and so they could easily be dragged into the conflict on the other side.

What we are talking about is an apocalyptic scenario which could easily lead to the outbreak of World War 3.

But we have gotten this far without a major regional war erupting in the Middle East, and hopefully cooler heads will prevail and things will calm down in the days ahead.

Because war is truly a horrible thing, and nobody should want to see a conflict erupt in which millions of people could potentially die.