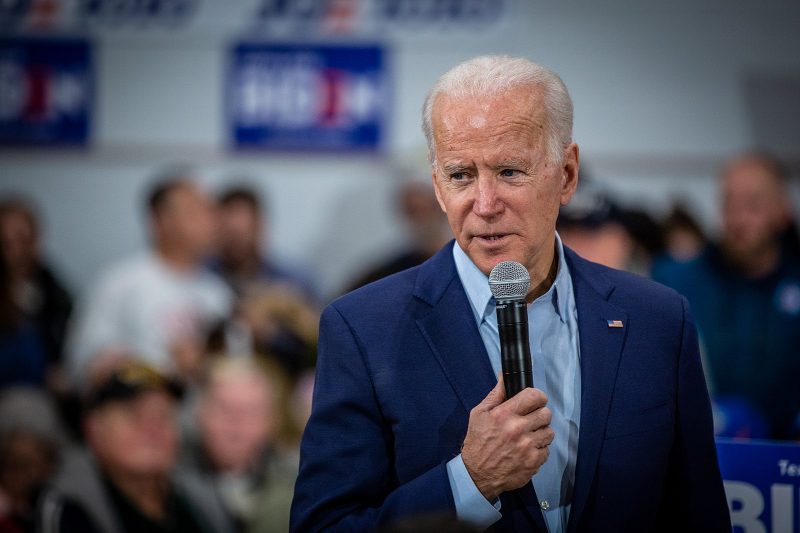 Most people have been assuming that the big national polls have to be wrong in order for Joe Biden to lose this election.  But in this article I am going to explain why the big national polls could be 100 percent accurate and Joe Biden could still lose.  In this election, there could potentially be millions of votes that are cast by mail for Joe Biden that do not get counted.  Some mail-in ballots will not be counted because they are rejected for one reason or another, and others will not be counted because they were simply sent in too late.  As I will discuss in this article, combining those two factors together could be more than enough to deliver victory for President Trump.

Throughout this election season, Democrats have been aggressively promoting voting by mail.

Ironically, that could end up being the exact reason why they lose this election.

I am not predicting the outcome of this race one way or the other, but if the Democrats come up short they will only have themselves to blame.

In a previous article, I discussed the fact that surveys have shown that Biden supporters are more than twice as likely to vote by mail as Trump supporters are.  But those that vote by mail are in significant danger of not having their votes counted for a couple of reasons.

First of all, large numbers of ballots are rejected by officials for various reasons in every election.  And because so many Americans are voting by mail in 2020, it is being projected that more than a million mail-in ballots could potentially be rejected this time around…

In particular, a unique rule in Pennsylvania could be especially painful for the Biden campaign.  For this election, any ballot that is sent in without a “secrecy envelope” will automatically be rejected.  The following comes from NPR…

A Pennsylvania court has introduced a strict new rule for voters in what is perhaps the most important swing state in the United States.

The state sends out an extra “secrecy” envelope with all its mail ballots. And the court has now decided that if voters forget to include that envelope when they return their ballots — an error that’s being termed a “naked ballot” — their votes will be automatically void.

So how many votes could potentially be rejected because of this rule?

Well, one official has estimated that 100,000 ballots could be thrown out statewide…

Philadelphia officials tracked the issue in the 2019 general election and said over 6% of the absentee ballots they received were missing secrecy envelopes. That election came before a significant expansion of the state’s mail-voting laws, so the county received only a fraction of the mailed ballots it will in this year’s election.

Lisa Deeley, a Philadelphia city commissioner, used the percentage to extrapolate the impact that blanket naked-ballot rejections might have statewide. She came up with an attention-grabbing number: 100,000 ballots could be invalidated.

In the end, that could be enough to put the state of Pennsylvania in Trump’s column.

And as I keep telling my readers, whoever wins Pennsylvania is probably going to win the presidency.

Voters will continue to send in more mail-in ballots with each passing day, and most of them will fully believe that their votes will be counted.

Do this math: USPS says it needs seven days to safely deliver ballots. We’re five days out from November 3.

Bottom line: If you’ve got a mail-in ballot, you probably shouldn’t mail it.

In the end, both campaigns could potentially lose millions of votes because ballots were mailed too late, but Biden will lose far more than Trump will because Biden supporters are much more likely to vote by mail.

On top of everything else, serious mail delays are now being reported all over the country because of the massive number of ballots that are going through the system.

In particular, mail delivery in the Philadelphia area has gotten extremely slow…

Timely mail delivery across Pennsylvania took a drastic turn for the worse in just the last two weeks amid a glut of voting by mail, according to U.S. Postal Service data filed Wednesday in federal court.

In Philadelphia, 42% of all first-class mail is taking longer than five days to be delivered.

Needless to say, Democrats are counting on Philadelphia voters in a major way, but if large numbers of ballots are not delivered on time that could cripple their hopes.

President Trump may not have realized it initially, but he was doing exactly the right thing by strongly urging his voters to vote in person.  Any votes that are cast in person will be counted, but voting by mail is going to be a hit or miss proposition in 2020.

Ultimately, Joe Biden may still end up winning, but without a doubt it was a gigantic strategic mistake to promote voting by mail so heavily.

When it is all over, the Biden campaign may look back and see that they had millions of additional voters that actually wanted to vote for their candidate.  But in order to count, any votes must follow proper procedure and they must be delivered on time.

If Trump wins, I believe that the reasons I have discussed in this article are likely to be the deciding factor, and most of the talking heads on television will never even realize what happened.