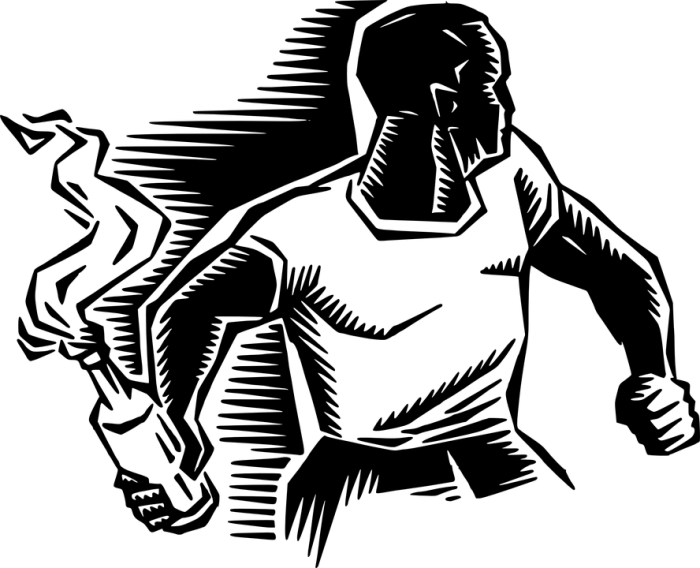 It was only a matter of time before our deeply divided nation was going to start coming apart at the seams. Waves of anger, frustration, violence and civil unrest are starting to sweep across the United States, and political rallies for Republican presidential candidate Donald Trump have become a focal point for releasing some of that energy. The angry mob that threw rocks, bottles and burning T-shirts at police and Donald Trump supporters on Tuesday night wanted to get the attention of the national media, and they got it in droves. Now that the election is less than five months away, this kind of scene is going to be repeated over and over, and this is something that I warned about back in March. Millions upon millions of our young people have fully embraced the radical left, and they have already made it exceedingly clear that they are not afraid to use violence to advance their cause.

Never before in my lifetime have I seen America so divided. Our politicians and the mainstream media have been endlessly pitting various groups against one another for years, and wherever you look hearts are growing very cold.

I have said it before, and I will say it again. I believe that this is going to be the most chaotic election season that we have ever experienced, and the chaos and violence that are going to be unleashed over the next five months are going to shock the entire world.

On Tuesday night, the angry mob that gathered outside of the Albuquerque Convention Center didn’t seem to care who they hurt as they unleashed their anger. According to Fox News, some of the protesters even tried to set police horses on fire…

The rampaging gang was made up of anti-Trump goons — waving the Mexican flag and burning a Trump banner.

“Viva Mexico,” protesters shouted, according to the Albuquerque Journal.

The rioters even targeted police horses — knocking one down – and throwing burning T-shirts at others. Who tries to burn down a horse?

How sick and twisted do you have to be to try to set a horse on fire?

But this is what happens when a spirit of violence descends on a group of people. The consequences can quickly spiral out of control in unexpected ways.

Police responded by firing pepper spray and smoke grenades into the crowd outside the Albuquerque Convention Center.

According to at least one report, rocks thrown by some of the rioters were actually flying through the convention center windows, and a number of innocent people got hurt.

What would make people act like that? This isn’t what America is supposed to look like. But when fundamental institutions such as the family and the church start to crumble, this is how people start to behave. You can see a clip that includes footage of protesters jumping on police cars last night in Albuquerque right here…

And of course the spirit of violence and civil unrest that is rising in America is not limited to Donald Trump rallies.

In major cities all over the nation, violent crime is rising by double digit percentages. In Chicago, the number of people that have been shot so far in 2016 is 50 percent higher than during the same period last year…

This past weekend in Chicago saw another five killed and 40 wounded in shootings, slightly down from Mother’s day weekend when eight people were killed and 42 wounded. The two weekends are indicative of what’s taking place in the homicide riddled city, in which the number of people shot so far this year is running an astonishing 50% above this time last year – what’s worse, summer is not even here yet, which is traditionally the city’s most violent period.

Other big cities are seeing similar spikes in violent crime. The following is an excerpt from a recent article in the New York Times…

Experts cannot agree on what to call a recent rise in homicides, much less its cause, but new data on Friday that showed a sharp spike in homicide rates in more than 20 cities rekindled debate over whether it was time for alarm.

If this is happening now, with the stock market soaring and unemployment a bit lower than it was during the depths of the last recession, what is going to happen when things start getting really bad in this country?

Desperate people do desperate things, and if people are willing to hurl rocks and set horses on fire because they are upset at a political candidate, what are they going to do when there is no food for their families?

Just look at what is happening down in Venezuela. People are hunting down dogs and cats because they don’t have anything to eat. There have been at least 107 mass looting events so far in 2016 alone, and crime is completely and utterly out of control.

What is happening down there is eventually coming to America too, and the chaos and violence that we will see during the coming months will be a small preview of that.

The funny thing is that none of these political protests are going to matter anyway. It remains my contention that the elite will move heaven and earth to do whatever is necessary to keep Donald Trump out of the White House. They have already spent tens of millions of dollars against him and they have continuously had their media outlets put out “hit pieces” in an attempt to destroy him.

But their bag of tricks goes a lot deeper than that, and this is not a game to them.

I know that a lot of people out there have some very high hopes for Donald Trump, and we should be praying for him and for his family.

However, the time when the people determined the direction of this nation is long past, and the elite guard their monopoly over the political process very zealously.