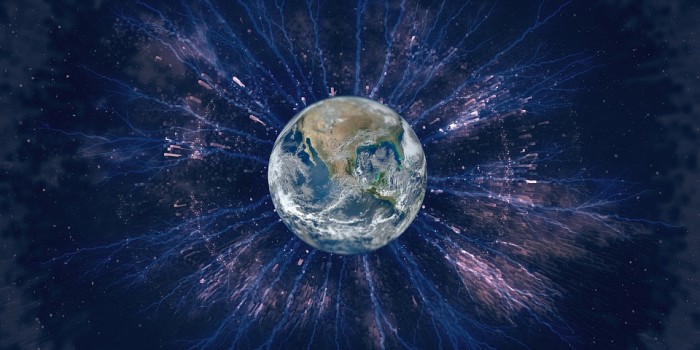 Is 2017 going to be the most important year that we have seen in a very, very long time?  Because of the work that I do, I am constantly immersed in research, and lately I keep coming across very strange “coincidences” regarding the year 2017.  The numbers that I am about to share with you certainly appear to be quite remarkable, but there will be many out there that will question their significance.  To the naysayers, I would suggest that God has always put a lot of emphasis on numbers from the very beginning.  For example, He created the world in precisely seven days, and on the seventh day He rested.  All throughout Scripture, we see certain numbers showing up over and over again, and God has a purpose in that.  So please keep that in mind as you consider the following 11 numbers that connect the year 2017, Israel and Donald Trump…

#1 On November 29th, 1947 the United Nations General Assembly passed a resolution that called for the creation of a Jewish state as part of an overall partition plan for the Middle Eastern territory that was occupied by Great Britain at that time.  2017 will mark the 70th anniversary of that agreement, and many believe that this will turn out to be quite significant.  If you are not familiar with this UN resolution, here is some info on it from Wikipedia…

The United Nations Partition Plan for Palestine was a proposal by the United Nations, which recommended a partition of Mandatory Palestine at the end of the British Mandate. On 29 November 1947, the UN General Assembly adopted the Plan as Resolution 181(II).[2]

The resolution recommended the creation of independent Arab and Jewish States and a Special International Regime for the city of Jerusalem. The Partition Plan, a four-part document attached to the resolution, provided for the termination of the Mandate, the progressive withdrawal of British armed forces and the delineation of boundaries between the two States and Jerusalem. Part I of the Plan stipulated that the Mandate would be terminated as soon as possible and the United Kingdom would withdraw no later than 1 August 1948. The new states would come into existence two months after the withdrawal, but no later than 1 October 1948. The Plan sought to address the conflicting objectives and claims of two competing movements, Palestinian nationalism and Jewish nationalism, or Zionism.[3][4] The Plan also called for Economic Union between the proposed states, and for the protection of religious and minority rights.

So why would 70 years be important?

Well, the Babylonian captivity lasted for a period of 70 years, and as the Daily Crow explains, the number 70 just keeps popping up all throughout the Bible…

Moses appointed 70 elders and the gospels record 70 parables by Jesus. A total of 70 Israelites began their nation in Egypt before it would grow to over 2 million by the time of the Exodus. 70 elders made up Israel’s Great Tribunal which would later become the Sanhedrin. 70 disciples were sent out by Christ to preach the gospel in Luke 10. Therefore 70 means complete and perfect judgment or perfection made complete through judgment.

#2 The number 50 is also a very important Biblical number.  And even though 2017 will not be a Jubilee year, it is fascinating to note that 2017 will be exactly 50 years from the reclaiming of Jerusalem in 1967.

#3 If we go back another 50 years from 1967, that brings us to the 1917 Balfour Declaration which was also a very significant landmark in the history of the Jewish people.

#4 It turns out that there was also exactly 50 years from the Zionist Congress of 1897 to the UN resolution in 1947 that called for the creation of a Jewish state.

#5 As I stated in a previous article, Donald Trump was born precisely 700 days before Israel declared independence on May 14th, 1948.

#6 The nation of Israel was 77 days old precisely 777 days after the birth of Donald Trump.

#9 Donald Trump will be 70 years, 7 months and 7 days old on his first full day in the White House.

#10 Donald Trump’s first full day in the White House will also come during year 5777 on the Hebrew calendar.

#11 Many are pointing to a very unusual celestial arrangement that will take place on September 23rd, 2017.  It is being called “the Revelation 12 sign”, and it is being claimed that this is the first time in 7000 years that we will see the scene described in Revelation chapter 12 actually being depicted in the heavens.  The following is what Revelation 12:1-2 says in the Modern English Version…

A great sign appeared in heaven: a woman clothed with the sun, with the moon under her feet, and on her head a crown of twelve stars.  She was with child and cried out in labor and in pain to give birth.

You can learn more about this very unusual event on YouTube right here.  And of course just because the stars are lining up a certain way does not mean that something specific will happen on that day.  Some have suggested that it could be the “birth” of something, and others have suggested that it could be the beginning or the end of a countdown.  The truth is that I don’t know if anyone knows what it might mean at this point, but Jesus did tell us to watch for signs in the sun, moon and stars in the last days, and so we should be alert.

Throughout history, God has always liked to use numbers to get our attention.  And as you just saw, there are a lot of very unusual numbers that seem to connect 2017, Israel and Donald Trump.

And even without any of those numbers, many have long had a feeling that 2017 is going to be an extremely significant year, and so we all need to be ready for whatever God has in store for us.