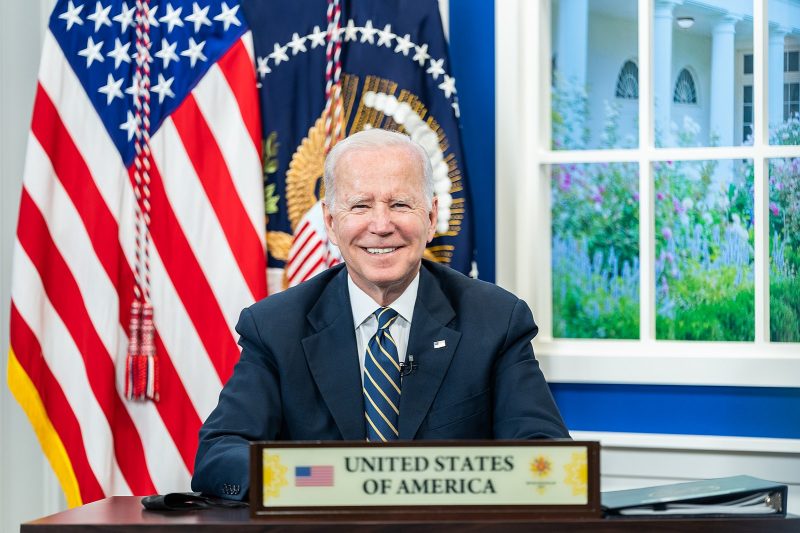 Joe Biden has had a lot of bad weeks over the last 12 months, but this week has got to take the cake.  In fact, it is hard to remember the last time that any president had a week that was this bad.  But this wasn’t supposed to happen.  Democrats were promising a return to “normalcy” after the Trump years, but instead virtually everything seems to be going wrong.  No matter where you are on the political spectrum, you should be able to admit that Joe Biden’s presidency is not going very well at all.  At this point, even many Democrats are using the word “failure” to describe Biden, and this is fueling rumors that Hillary Clinton may run again in 2024.

Yes, Biden’s presidency has been such a complete and utter disaster that the absolutely unthinkable could actually become a reality.

Just when you think that things can’t get any worse, somehow they do.  The following are 11 reasons why this was Joe Biden’s worst week ever…

On Thursday, we learned that the U.S. Supreme Court had voted 6 to 3 to strike down Biden’s cherished OSHA vaccine mandate…

President Biden urged businesses to bring in vaccine mandates on their own and pushed states to ‘do the right thing’ after the Supreme Court voted 6-3 to block his sweeping rules on private companies in a crushing blow to his pandemic response.

The high court did however allow a vaccine mandate for employees at health care facilities receiving federal dollars to go into effect.

The OSHA mandate would have covered approximately 80 million American workers, and countless workers all over the country that would have lost their jobs under this mandate are greatly celebrating right now.

Biden was desperately hoping that all of the Democrats in the U.S. Senate would agree to kill the filibuster so that he could get the “voting rights bill” through Congress, but Senator Kyrsten Sinema just made it exceedingly clear that she is not willing to do that…

First, Arizona Sen. Kyrsten Sinema, a fellow Democrat, announced that although she supports the voting rights bill, she’s not willing to do what it would take to make it happen. The filibuster. I’m talking about killing the filibuster.

This came only two days after the president made such an impassioned speech in support of knocking off the filibuster that Republicans essentially called it offensive. And even one Democratic senator said Biden, who pledged a year ago to unite Americans, went too far in the speech.

When she was elected, I never imagined that the day would come when I would be thankful for Kyrsten Sinema.

But today I am definitely very thankful that she has taken this stand.

This week, it was announced that the inflation rate had hit a 40 year high, and Americans are blaming Biden for this.

And as I pointed out in an article that I posted on Wednesday, if inflation was still calculated the way that it was back in 1980, the official rate of inflation in this country would be above 15 percent at this point.

In December, Joe Biden told the nation that the supply chain crisis was over.

Of course that was not true, and now store shelves are so empty that “BareShelvesBiden” has been trending on social media throughout this entire week.

At the beginning of his presidency, Biden actually had very strong approval ratings, but now they just continue to sink lower and lower.

As I pointed out yesterday, the seven most recent Quinnipiac polls show a very clear trend…

Dr. Fauci was Biden’s handpicked choice to lead the U.S. out of this pandemic, but he has been steadily losing the trust of the American people.

According to a NewsNation poll that was just conducted, only 31 percent of all Americans still believe what he is telling us about the pandemic.

During the presidential campaign, Joe Biden repeatedly promised that he would “shut down the virus”, but in recent days the number of COVID cases has soared to all-time record highs in the United States.  At this point things are so bad that even Biden administration officials are admitting that essential services are in danger of totally breaking down…

Acting Food and Drug Administration Commissioner Dr. Janet Woodcock gave U.S. lawmakers an ominous warning this week: The nation needs to ensure police, hospital and transportation services don’t break down as the unprecedented wave of omicron infections across the country forces people to call out sick.

“It’s hard to process what’s actually happening right now, which is most people are going to get Covid,” Woodcock testified before the Senate health committee on Tuesday. “What we need to do is make sure the hospitals can still function, transportation, other essential services are not disrupted while this happens.”

#8 The Lack Of COVID Tests

Even CNN and MSNBC have been roasting Biden this week for not having enough COVID tests for the American people.

Now the Biden administration is telling us that millions of new tests are on the way, but by the time they arrive the Omicron wave may be over.

Foreign policy takes a great deal of finesse, and that is something that Biden’s team is sorely lacking.

When I first started warning that Biden was surrounded by the worst foreign policy team in U.S. history, a lot of people thought that I was exaggerating.

But now the truth is becoming very clear, and a potential war with Russia that nobody wants is closer than ever…

Talks to find a diplomatic solution to the worsening situation between Russia and Ukraine are on the brink of collapse after Thursday’s meeting as a key US ambassador warned ‘the drumbeat of war is sounding loud.’

Secretary of State Antony Blinken hit the airwaves on Thursday morning where he also weighed in on the crisis, claiming the ‘jury is still out’ on whether Russian President Vladimir Putin’s aggressive military buildup on Ukraine’s border will end with an invasion.

Is even Kamala Harris turning against Biden?

This week, a reporter asked Harris if the Democrats would have the same presidential ticket in 2024.

Normally, that would be a really easy question for any vice-president to answer.

But instead of answering “of course”, this is how Harris responded…

REPORTER: “Are we going to see the same Democrat ticket in 2024?”

HARRIS: “[long pause] I’m sorry but we are thinking about today”

I think that this is another very clear sign that there is far more going on behind the scenes than we are being told.

Biden is such a failure that some Democrats are already suggesting that Hillary Clinton should be the Democratic nominee in 2024.

On Wednesday, a pro-Hillary piece authored by two key Democratic operatives named Douglas E. Schoen and Andrew Stein appeared in the Wall Street Journal.  In their article, they listed a number of different reasons why they believe that Hillary would be a good choice for the next election cycle…

‘Several circumstances – President Biden’s low approval rating, doubts over his capacity to run for re-election at 82, Vice President Harris’s unpopularity, and the absence of another strong Democrat to lead the ticket in 2024 – have created a leadership vacuum in the party, which Mrs. Clinton viably could fill,’ they write.

So could we actually see a rematch between Hillary Clinton and Donald Trump?

Of course we still have three more years of the Biden/Harris administration to get through first, and that won’t be pleasant.

Decades of very foolish decisions set the stage for where we are today, and now Biden and his minions have us steamrolling down a highway that doesn’t lead anywhere good.

By the time we get to 2024, this country could be completely unrecognizable.

Biden’s first year has been absolutely terrible, and the next three years are likely to be even worse.

But there is no “exit button” on this ride, and so we are all going to have to endure whatever is coming next.