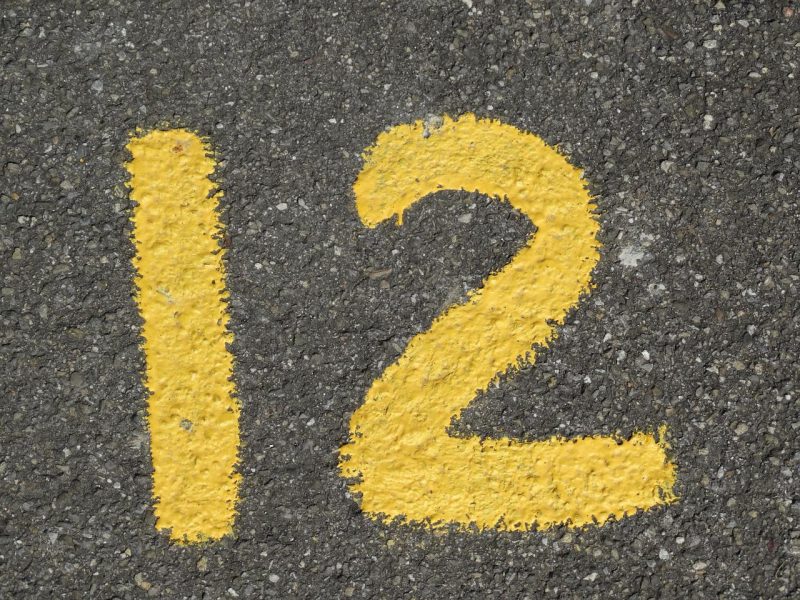 If you thought that the economic news was crazy during the first half of 2022, just wait until we get to the second half.  So many of the problems that we are experiencing now are going to continue to intensify, and Americans are becoming more pessimistic about economic conditions with each passing day.  In fact, as you will see below, a whopping 85 percent of us believe that it is “very likely” or “somewhat likely” that the economy will go through a recession at some point during the next year.  Of course the truth is that if all we have to suffer through is a “recession”, we would be extremely fortunate.  Our leaders have lost control of the economy, and many of us are extremely concerned about what is coming next.  The following are 12 nightmarish economic trends that we should expect to see during the second half of 2022…

#1 Gas prices will continue to surge higher, and many Americans will be shocked by how high they eventually go.  If you can believe it, in Washington State at least one gas station has now reprogrammed their gas pumps “to make room for double-digit pricing”…

At the 76 Gas Station in Auburn, Washington located at 1725 Auburn Way North, gas pumps have been reprogrammed to make room for double-digit pricing. In March, they still had single-digit programming.

A spokesperson at 76 confirmed to The Post Millennial that the gas pumps were reprogrammed to allocate for double-digit pricing. Although not confirming that they are expecting prices to increase up to $10.00 or more, the current trend suggests the possibility.

Supplies of fuel will continue to get even tighter in the months ahead.  Earlier today, I heard from a reader on the east coast and a reader in the middle of the country that both said that diesel is now being rationed where they live.  So far, I have not been able to confirm that this is happening on a widespread basis.

#2 We are being warned that there could be extended blackouts in some parts of the nation during the summer months.  It is being reported that the middle of the country is particularly at risk…

States stretching from the Great Lakes to the Pacific Ocean which are home to tens of millions of Americans could have a hard time producing enough power for their residents this summer.

The ‘MISO’ part of America’s power grid – whose full name is the Midcontinent Independent System Operator is at greatest risk of a large-scale outage.

#3 Everyone pretty much agrees that food prices will continue to rise.  Of course they have already reached levels that are absolutely insane…

Take the case of Jeff Good, who co-founded three restaurants in Jackson, Mississippi. Around 18 months ago, a 40-pound box of chicken wings cost him about $85. Now, it can go as high as roughly $150. Expenses for cooking oil and flour have nearly doubled in the past five months, he said. But it’s not just ingredient prices going up. He’s paying more for labor and services, too. Even the company that maintains his air conditioners has tacked on a $40 fuel charge per visit. To cope, he’s raised menu prices.

A 15-piece order of chicken wings, a signature dish at his Sal and Mookie’s pizzeria, went for $13.95 before Covid hit. Now, wing costs can vary so much they’re labeled at “market price,” like some restaurants do with lobster. At peaks, the menu price can be be about $27.95 — but that represents a barely-there margin — and Good estimates the “real cost” is closer to about $34. He’s trying to decide whether to keep raising prices or take wings off the menu.

I don’t know about you, but I don’t ever see myself paying 34 dollars for an order of chicken wings.

#4 As our supply chains endure even more stress, shortages will continue to intensify.  The extreme baby formula shortage that we are witnessing right now is just a preview of coming attractions…

Two children in Memphis have been hospitalized after needing IV fluids and nutritional support due to the baby formula shortage.

The preschooler and toddler, both from different families, were rushed to Le Bonheur Children’s Hospital after their parents failed to secure formula as shelves across America go bare.

#5 The UN is telling us that we are heading into the worst global food crisis since World War II.  In some parts of Africa, the number of people suffering from “extreme hunger” has already more than doubled…

More than 23 million people are experiencing extreme hunger in Ethiopia, Somalia and Kenya, according to a new report by Oxfam and Save the Children. That’s up from over 10 million last year.

The region’s worst drought in 40 years is being exacerbated by conflict and the pandemic. And the war in Ukraine has sent food prices soaring to record levels.

#6 Widespread hunger will almost certainly lead to more civil unrest.  Recent events in Sri Lanka give us an indication of what may be coming…

Protesters in Sri Lanka have burned down homes belonging to 38 politicians as the crisis-hit country plunged further into chaos, with the government ordering troops to “shoot on sight.”

Police in the island nation said Tuesday that in addition to the destroyed homes, 75 others have been damaged as angry Sri Lankans continue to defy a nationwide curfew to protest against what they say is the government’s mishandling of the country’s worst economic crisis since 1948.

#7 The Federal Reserve is likely to continue to aggressively raise interest rates.  In fact, Fed Chair Jerome Powell is openly admitting that his institution’s battle against inflation could cause “some pain” in the months ahead…

Federal Reserve Chairman Jerome Powell warned Tuesday the U.S. could feel “some pain” as the central bank raises interest rates to fight inflation, insisting the Fed would do whatever it takes to curb price growth.

During a live interview for The Wall Street Journal’s “Future of Everything” summit, Powell said the Fed will continue to raise interest rates until inflation starts to fall and the forces driving prices higher fade, even at the risk of a deeper economic slowdown.

#8 Higher interest rates will be devastating for the housing market in the United States.  And that is very troubling news, because home sales have already fallen for three months in a row…

Home sales fell for the third consecutive month in April as rising mortgage rates and affordability challenges pushed many would-be home buyers out of the market.

#9 Defaults are likely to continue to rise higher.  Just like we saw right before the last financial crisis, defaults on subprime loans are really starting to surge…

Consumers with low credit scores are falling behind on payments for car loans, personal loans and credit cards, a sign that the healthiest consumer lending environment on record in the U.S. is coming to an end.

The share of subprime credit cards and personal loans that are at least 60 days late is rising faster than normal, according to credit-reporting firm Equifax. In March, those delinquencies rose month over month for the eighth time in a row, nearing their prepandemic levels. Delinquencies on subprime car loans and leases hit an all-time high in February, based on Equifax’s tracking that goes back to 2007.

#10 As the economy slows down, we should expect layoffs to increase and jobless claims will eventually start to spike.  In fact, we just learned that they have now hit a four month high.

#11 Needless to say, all of this bad economic news is going to be really bad for stock prices.  The S&P 500 has already nearly fallen into bear market territory, and many believe that what we have witnessed so far is just the beginning.

#12 Many are warning that a recession is either already here or will arrive soon.  And Americans are increasingly becoming more pessimistic about the economy.  One survey that was recently conducted found that 85 percent of Americans believe that it is “very likely” or “somewhat likely” that there will be a recession at some point in the next year…

An overwhelming majority of Americans are expecting there to be a recession within the next year, according to a Quinnipiac University poll released Wednesday.

The poll found that 85 percent of Americans think it is likely for the country to go through an economic recession in the next year. Of those who responded, 45 percent said it is “very likely,” and 40 percent said “somewhat likely” for a recession.

The sort of historic economic meltdown that I have been warning about for years is rapidly approaching, and the mood of the nation will dramatically shift as conditions greatly deteriorate.

Already, we are starting to see a tremendous amount of anger out there.  Earlier today, I came across the following post on a very popular Internet discussion forum…

Just want to vent. I am from middle Missouri, I am a single mom of 2 teens. My day job pays well and pays the bills well, a year ago my income would support us, bills, food, gas etc. i now have to work a second job just to feed us and put gas in my car. Eggs here went from .99 a carton to 1.99, ground beef went from 2.89 a pound to 4.99, and it goes on and on. Gas went from 1.90 to 4.29 a gallon. I am out of my mind scared it will only get worse. I have democrat friends that say “that’s how the economy works”. No it’s because Biden was giving out “covid” bucks to non working people taking advantage of the system, giving our money to Ukraine, shutting down gas lines in the US etc.

I can understand her anger.

Most Americans are working as hard as they can, but our standard of living is being systematically destroyed by the very foolish policies of our leaders.

Unfortunately, we are still only in the very early chapters of this crisis.

It looks like the second half of this year will be even more challenging than the first half, and that is going to have enormous implications for all of us.