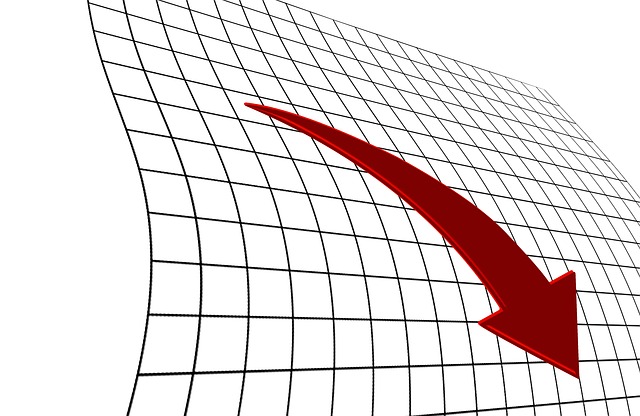 The Baltic Dry Index, “which tracks dry-bulk shipping rates for four types of vessels on 23 ocean routes, has tumbled more than 60% in the past three months,” states Barron’s.

The index continued to crumble this week to lows never seen, with the Baltic Dry Index (BDI) at 530, its  lowest level ever. Well below the all-time low of 554 points on August 6, 1986.

Because dry bulk primarily consists of materials that function as raw material inputs to the production of intermediate or finished goods, such as concrete, electricity, steel, and food; the index is also seen as an efficient economic indicator of future economic growth and production.

The BDI is termed a leading economic indicator because it predicts future economic activity.

IMPORT PRICES
Import prices dropped 8.0% Year over Year – YoY (modestly beating expectations of an 8.9% plunge) and 2.8% MoM(month over month). The last time import prices started to fall at this pace was a month after Lehman Brothers went bankrupt.

WHOLESALE INVENTORIES
In fact, as Wolf Richter recently wrote about, the wholesale inventories to sales ratio has now hit a level that we have not seen since the last recession…

In December, the wholesale inventory/sales ratio reached 1.22, after rising consistently since July last year, when it was 1.17. It is now at the highest – and worst – level since September 2009, as the financial crisis was winding down:

As Jeff Clark recently explained, “We usually see a spike in the 10 year Treasury yield about the time the market is peaking before a crash…”, states Michael Snyder.

And it’s the first sign of an impending stock market crash.

On Thursday we also learned that retail sales dropped again in January.  Overall, this has been the worst two month drop in retail sales since 2009…

We are now experiencing economic indicators that are bad, with the Baltic Dry Index being the worst ever. And yet the lamestream media continues to tout we are in some sort of recovery. Who even believes that anymore? Not anyone with at least half a brain…

With these numbers, what could possibly go wrong?