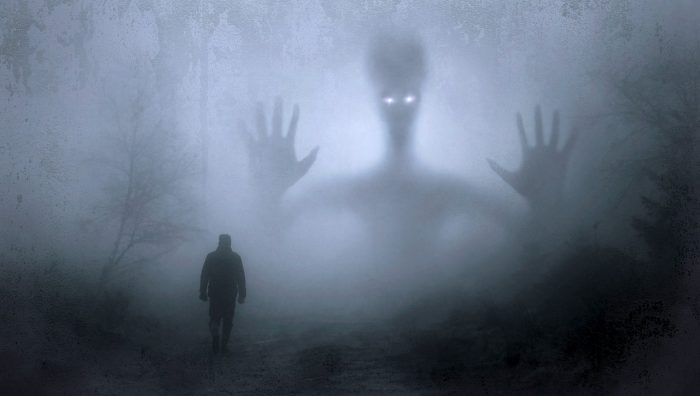 Ghost children with jet black eyes, otherworldly green flashes, and mysterious TV flickerings – these are just some of the modern ghostly encounters Americans have experienced, according to new research.

A new study of 2,000 people found that most people have a stronger connection to the paranormal than one might think – 60 percent of those studied felt they had seen a ghost in their lifetime. In addition, more than 40 percent of those surveyed think their pet has seen one too.

I can understand those that believe that they have seen a ghost, but how would someone know that their pet has seen one?

I just don’t get that.

But clearly Americans have a very strong belief in the supernatural. Even though church attendance is the lowest that it has ever been in this country, Americans still obviously believe that a spiritual dimension exists.

And when people encounter ghosts, most of the time those encounters are not very pleasant…

But is there actual evidence that these ghosts actually exist?

Well, whether you want to call them “ghosts”, “spirits” or something else, once in a while these beings do get caught on camera…

Every year, we celebrate ghosts, witches, demons and other evil entities during one of our biggest holidays, and many believe that this is a huge mistake.

Could it be possible that so many Americans are being haunted by various spiritual entities because they have been made to feel welcome?

Just something to think about as we approach October 31st…