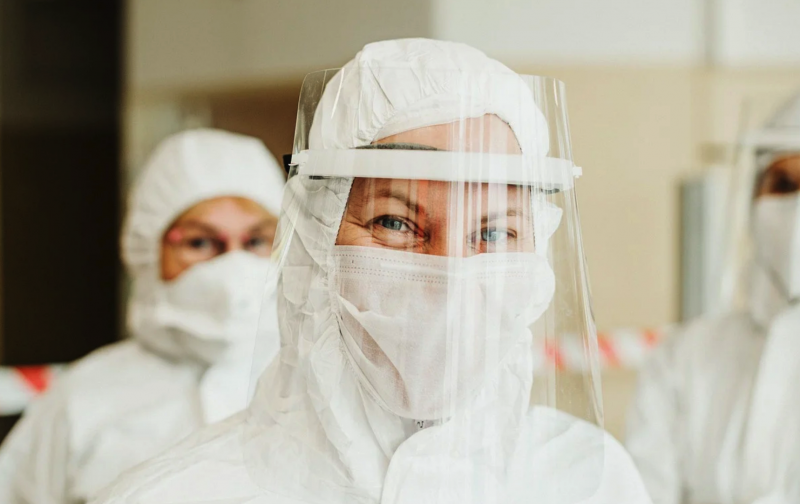 Are we running out of time before the next pandemic arrives? Michael Rutledge recently sent me a dream that his oldest daughter Elizabeth Rutledge had earlier this year. As I read the dream, it struck me that it is entirely consistent with what others have been shown regarding a future great pandemic. Read it for yourself and see what you think…

I had a dream a few days before Passover this year. Lately, I keep having this nagging thought that I need to share it with you. I keep getting a gut feeling that something is about to happen, and the dream I had may have some part of it. I want it to go out as a warning. I hope a few lives can be saved as a result.

Four days before Passover, Saturday, March 27, 2021, I recorded one of two dreams I had been given that week.

I was at a cross roads between a county road and a country highway. (You know, the two lane kind that meanders through woods and farmland.) I was on the county road, trying to make a left turn. There were a lot of people lined up on each side of a highway, like they were waiting for a parade or a marathon to come through. The people on the sides of the highway were wearing 1900’s to 1920’s bathing suits in gaudy rainbow colors. They looked like something that you would see in a Broadway musical that was set on a 1920’s beach. I remember one man was wearing a red and orange stripped button down swimsuit, a red hat with a red flower in it, and red or rose colored glasses. (1920’s style) I think I may have seen a woman wearing a blue and green 1920’s bathing dress and bloomers. I remember these people were heckling, screaming, yelling, and saying really ugly things to one another. They seemed really angry, like the protestors I’ve seen marching on television lately. Then a group of bicyclists came through in a race. The spectators were heckling the bicyclists and the others spectators. I yelled out my car window, “Get out of the way! I’ve got to get on down the road!” Some the bikers collided and wrecked in front of me, and then got into a fight. They were joined by the rest of the bikers. The spectators then joined the fight and began fighting the bikers and each other. It was like there were different factions screaming insults at each other, and the bicycle wreck set them off. Two of the bicyclists suddenly dropped to the ground and started bleeding from the ears and mouth. When the other bicyclists and spectators went to see what was wrong, the same thing happened to them. I remember that the man in the gaudy red and orange bathing suit was one of them. I then had a gut feeling that said, “OH NO! This is a highly contagious flesh eating virus, and it is airborne!” I just stayed there in my car like a moron, instead of backing up and leaving. I heard someone say that a bicycler had collapsed around a sharp curve, maybe about a mile from the intersection. They said the bicycler had collapsed, and then started bleeding from the ears, nose, and mouth. (They may have been bleeding from the eyes too, but I don’t remember that exact detail.) It sounded like what I was seeing in front of me. I saw this old fashioned country doctor grab his black medical bag and start shuffling down to check on the bicyclist. He was short and old with gray hair. He was wearing a suit with a waistcoat vest and a pocket watch, like a doctor from the old Wild West or the 1920’s would wear. I remember thinking that he didn’t have the right equipment to help that person. (At the very least, he needed personal protective equipment (PPE) like an isolation gown, thick disposable gloves, an N95 face mask, and a face shield. What would have been the best would be a hazmat suit like the CDC would use when dealing with bioweapons grade viruses and substances.) The old country doctor never came back. I instinctively knew that he had caught the disease and died. I remember thinking, “Now there is no doctor to treat all these people, and we need one.”

I woke a bit and turned over. Then the dream continued.

As I asked the Holy Spirit and Heavenly Father what that dream meant and what He was trying to say, I had three thoughts. I don’t know if it was me or the Holy Spirit, but I seem to sense the wisdom of God in it.

Thought 1: There is a plague coming, and our medical staff and facilities are too old and antiquated to handle it.

Thought 2: This plague will come when people are distracted and fighting among themselves. They will be distracted by amusements, daily activities, business, and their own petty selfishness. This can also include people violently fighting for “causes.” (Think of the riots and protests that we’ve seen over the past two years.)

I don’t want anyone to be caught up in the judgment that is coming to this nation. I don’t want anyone to be struck down by the plague that is coming. During this Appointed Time of Rosh Hashanah leading to the Day of Atonement that Heavenly Father has given us, please seek Him! Please ask Him to reveal to you any sin or wrong doing that displeases Him! This includes any thoughts or ideals you may hold sacred. Please get as close to Him as you can! He is the only one who can protect you from what is coming! The Holy Spirit is the only one who can guide you through what is coming to safety.