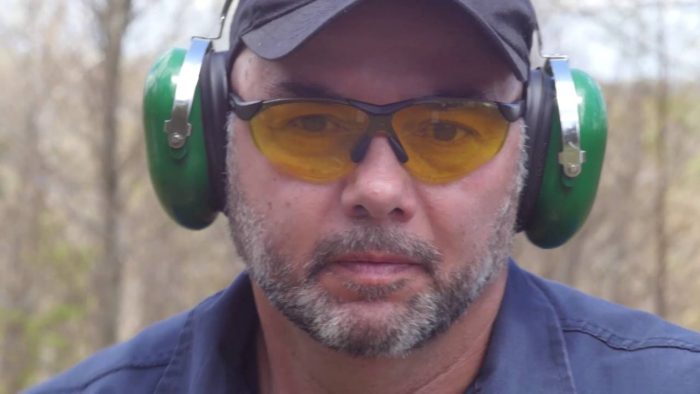 Former Secret Service agent Gary Byrne has never been shy about going after the Clintons.  In fact, his shocking account of what really happened inside the White House during the Clinton years is perhaps the definitive work from that era.

Now he has filed a groundbreaking lawsuit against the Clintons, John Podesta and George Soros, and the following is a summary of that lawsuit…

For the past decade in which relevant predicate acts were corruptly carried out by the named defendants as “payback” for Plaintiff Gary Byrne’s role in the Clinton impeachment and his status as a “Clinton enemy” (for his temerity in telling the truth concerning obstruction of justice and gross abuse of power), along with their corrupt surrogates and collaborators (referenced individually and collectively as the “Enterprise”), David Brock and William and Hillary Clinton have been synonymous with criminal  behavior, malicious baseless attacks (using mainly the illicit and vicious defamatory tactics against  perceived political enemies (like Officer Gary Byrne, the Plaintiff here) of those willing to compensate  participants like Brock) – and coordinating by mail and wire to violate myriad Federal and State laws in the exploitation of Enterprise nonprofit entities they use for purely partisan purposes.

This Enterprise has taken such attacks to an unprecedented and chilling new level – involving illegal domestic human and electronic surveillance, and tradecraft such as “lures” run at Byrne in order to obstruct the Hillary Clinton e-mail and Clinton Foundation Investigations by the agencies of the Obama government, all against private citizens in order to assist Hillary Clinton become the 45th President of the United States, destroy Gary Byrne, and enrich themselves. According to investigations of the United States Congress, and as anticipated to emerge from numerous ongoing government investigations, Hillary Clinton and certain other Enterprise named and unknown named, and high-level surrogates, colluded with Russian intelligence (SVR and FSB) and a disgraced (and according to a referral from the United States Senate Committee on the Judiciary, a putative criminal) former British intelligence officer (Christopher Steele) to accomplish their illicit and unconstitutional objectives. These Enterprise defendants, surrogates and  participants have their opportunity to properly respond before a court they knowingly misled many times using the most powerful counterintelligence tools available. Let them do so now.

Ten years ago, defendant Brock’s malfeasance became more precisely organized in the Enterprise, and thus fully weaponized, as he joined forces with former president William Jefferson Clinton (“William Clinton” or “President Clinton”), Hillary Rodham Clinton and funder George Soros (“Soros”), and at various stages of the illegal Enterprise, the other defendants named here. They, and the Enterprise they formed to control the Democratic Party, took illicit advantage of a previously inviolate structural arrangement (between all three branches of our government) codified in the Foreign Intelligence Surveillance Act (“FISA”) by arranging for payment through smear merchants Fusion GPS to the Russian SVR and FSB and British (former) agent Christopher Steele (“Steele”). To abolish their enemies, in other words, the Enterprise defendants were willing to defy all legal and constitutional dictates – including certain actors within the Obama Department of Justice ineffably misleading Article III colleagues resident in this very Court.

This is sedition, bordering on treason, and patently illegal.

In the end, this lawsuit is probably not going to get too far, but I give Gary Byrne a lot of credit for coming forward with the truth.

And somebody had to do something, because at this point the Republicans certainly don’t seem too eager to lock these criminals up.