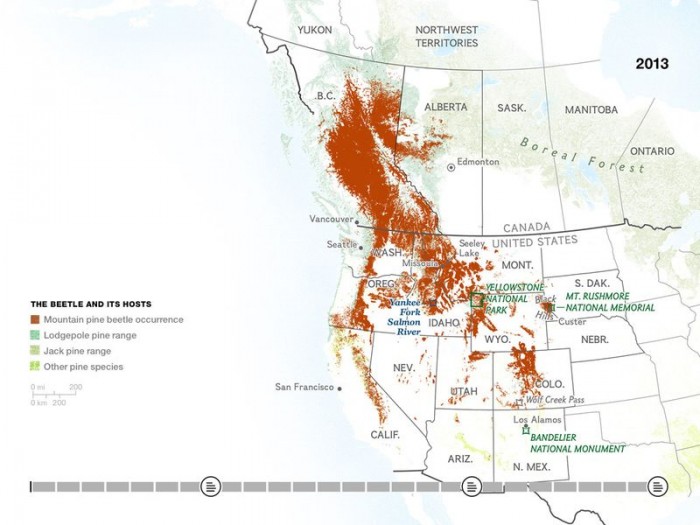 e360 —The scale of the current epidemic is unprecedented. Since the 1990s more than 60 million acres of forest, from northern New Mexico through British Columbia, have suffered die-offs. By the time the outbreak in British Columbia peters out, some 60 percent of the mature pines in the province may be dead. That’s a billion cubic meters of wood. People who have not been to the Rockies lately may not grasp the extent of the tree die-off due to the bark beetle infestation. Could you paint a picture of what is going on there?

Six — It’s pretty amazing. There have been tens of millions of acres of trees killed. If you go north to British Columbia, a really big province, something like 80 percent of the trees are dead. You can get in a plane and fly for literally hours over dead forest. So this is massive. Beetle outbreaks are normal, they have been happening for thousands of years.

But this one is estimated to be more than ten times bigger than any event we know of in the past. And there is no end in sight.