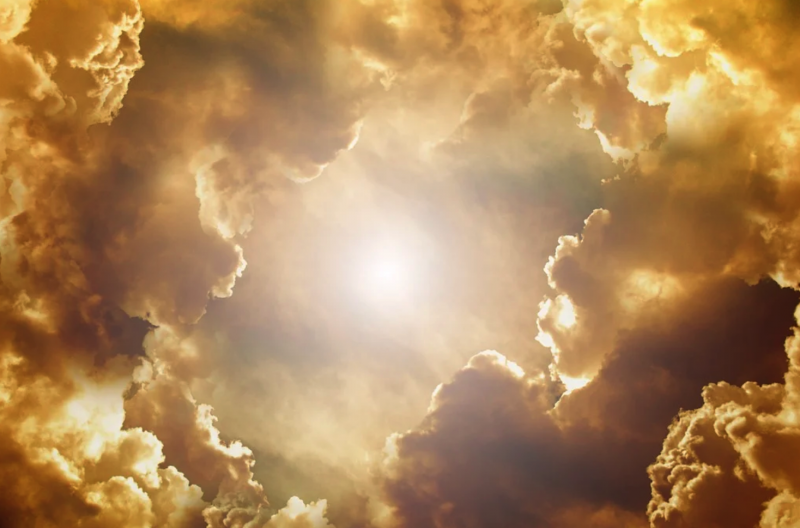 What I am about to share with you is extremely alarming.  I was recently contacted by a major prophetic voice about a very unusual experience that this individual recently had, and we discussed what would be appropriate to share with the public.  Normally I never share anything from anonymous sources that is prophetic, but as you will see below this particular individual has good reasons for staying anonymous in this case.  What I can tell you is that I know this individual personally, and I can assure you that this prophetic voice has a strong track record of accuracy.

Needless to say, what this individual was shown lines up with the warnings that so many others have been given over the years.  Personally, I have been relentlessly warning that global famine is coming.  The good news is that right now our stores are still full of food and nobody in the United States is starving.  But there are sporadic shortages of various items, and those shortages are going to become more intense.

Meanwhile, things are becoming increasingly dire on the other side of the planet.  The head of the United Nations recently warned that we are moving into an “unprecedented global hunger crisis”, and people are starting to starve to death in large numbers in some parts of Africa.

Global supplies of food are getting tighter and tighter, and eventually shortages will get really severe even in the western world.

With all of that in mind, let me share exactly what was sent to me for publication on my websites by this major prophetic voice…

On May 22, 2022 I had a dream from the Lord. Throughout my life, the Lord has given me many prophetic dreams. I’ve always been an observer of the dream. This time it was different. I was in the dream.

It was a cool spring late afternoon. I was in the kitchen beginning to get an evening meal ready for 10. People were staying/living with my husband and me. I don’t know who the people were. I’m not sure if they were family, friends, neighbors, or who, but they were living with us. All of us were very tired, weary, we felt beaten down and the atmosphere was careful and solemn. We were all praying and our trust remained in the Lord. We were thankful for the fellowship of each other. Our circumstances were tough. The people staying/living here had all lost their homes for differing reasons. They had lost their homes from a wide variety of natural disasters. Some had lost their homes due to financially losing all of their investments, jobs, businesses, and their mortgagers foreclosed on their homes. Some even had to walk away from their homes, because the areas where they lived were no longer safe to stay there. They loaded what they could and got out with their lives.

We lived together and we all shared all of our resources, but our resources were few. The famine throughout the United States was beyond words to describe. Yet we felt blessed, because we all were at least still eating, and we had a few head of thin cattle in our field, and we had some hay in our barn to feed cattle during the cold months. . I don’t know if our business was still open or not. That wasn’t shown to me. Life was hard, and we were all discouraged.

There was a knock at our front door and when I went to the door there were 16 men from 3 large truck vehicles at the door. They all wore a drab green uniform. They were all armed with a military type assault rifle. The leader of the group was holding papers which he handed toward me and gestured me to take. I didn’t even look at the papers, I knew what they were. They were an official executive order for citizens to have anything they owned or had possession of to be turned over to the government immediately, upon demand. We had heard of this going on throughout the United States, but we had been praying we would be spared this legal form of theft. Now it was happening to us. We had heard of citizens who resisted relinquishing their supplies when needed by the government who were immediately shot. As a group we had pre-decided that if it happened to us, we wouldn’t resist. We would hope to live to continue to help each other. Everyone was separated. I was seated at the kitchen table. My husband was seated outside at a patio table, each of the other 8 in our group were separated and seated in different areas. We were all asked questions. Our home and our outbuildings were thoroughly searched for anything of value. Our sleeping bags were taken, our pantry and freezers I and refrigerators were emptied and 90% of all of our food was taken. The fuel from our fuel tanks were siphoned out. Between all of us we had no money. But any Jewlery found was taken. The leader of this government appointed group, asked me about the cattle in the field. I told him their ages, breed, and sex. He asked how long we could feed them with the hay we had. I told him, “for a few months.” He had a sat. phone and called for trucks that came and took ALL of our farming fuel, ALL of our fuel tanks were even loaded and taken. He said they would leave us 10% of the food they found, so we would have food left to eat to be able to feed the few head of cattle that we had. They left all of the hay for us to feed the cattle. He told me that they would return for the cattle once they were ready to slaughter. I looked deep in his eyes. He too looked exhausted. He was emotionless. He was empty and devoid of conscience. He was just doing his job of stealing and killing anyone who attempted to stop his government appointed group to legally steal. None of us were hurt or even touched. We were respectful to them, but not begging of them. We knew if we protested we would be shot point blank.

All in all, they were at our property loading three trucks with 90% of our food, and supplies for about 3 hours. When the leader called for a fuel truck that fuel truck arrived and drained our farm fuel into their big fuel truck. Our large tractor was taken. Our one ton pickup truck was taken. All tools were taken. Guns and ammunition was taken. Our livestock trailers were left. It was going to be a hardship to survive without our goods.

As they were leaving our driveway I heard a clear voice say, “March 2024!”

I think that the last sentence is great advice.

I would recommend taking this to prayer and asking the Lord for wisdom.

It is definitely very unusual for the Lord to give any sort of a specific date for anything.  For this particular individual, it was the very first time that a specific month had ever been given.

That doesn’t mean that the events described in this dream will happen during that month.

Ultimately, March 2024 could just be the beginning of a series of events that will eventually lead to this sort of confiscation.

Once again, I want to stress that I normally do not like to share anything prophetic that comes from anonymous sources.

But I am doing so in this case because I personally know the individual, and because I believe that there are valid security reasons for keeping the source anonymous.

Things are starting to get really crazy out there, and I fully expect global events to accelerate even more during the second half of this year.