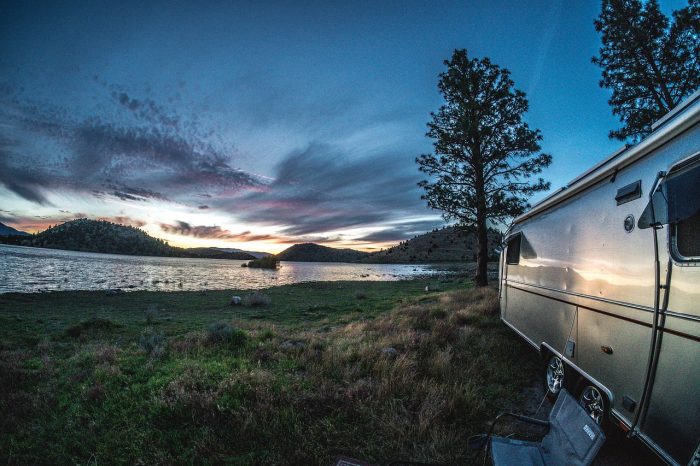 Could you imagine living in an RV on a permanent basis? On the one hand, such a lifestyle can offer a sense of freedom that is absolutely exhilarating. Instead of being tied down to just one place, you can freely travel the country and live anywhere that you want. Such a lifestyle makes it easy to escape the cold in the winter and the heat in the summer, and if you don’t like your neighbors you can literally leave the next day. But of course there are a lot of negatives too. Life in an RV can be extremely cramped, there is very little privacy, and most people have to cut their possessions way, way down in order to fit all their things into an RV. Living on the road constantly can get really old, because you have to sacrifice many of the comforts of a traditional home in order to live such a lifestyle on a full-time basis. But without a doubt, more Americans are choosing to go this route than ever before. In fact, the RV Industry Association says that a million Americans now live in their RVs full-time…

Living in an RV is certainly a lot less expensive than living in a traditional home, and that is one of the big things that is drawing people to this lifestyle.

A 30 year mortgage is essentially a suffocating lifetime financial commitment for many people, and so a lot of Americans are choosing to embrace the RV lifestyle in order to escape those financial chains. One family that the Washington Post recently interviewed says that they are “redefining what the American Dream means”…

“We’re a family of four redefining what the American Dream means. It’s happiness, not a four-bedroom house with a two-car garage,” said Robert Meinhofer, who is 45.

The Meinhofers and a dozen others who spoke with The Washington Post about this modern nomadic lifestyle said living in 200 to 400 square feet has improved their marriages and made them happier, even if they’re earning less. There’s no official term for this lifestyle, but most refer to themselves as “full-time RVers,” “digital nomads” or “workampers.”

Some are willingly choosing the RV lifestyle because they want more freedom, but others are doing it out of economic necessity.

But in almost every case, those living the RV lifestyle still need to work, and the jobs that they are able to get often don’t pay very well…

Most modern nomads need jobs to fund their travels. Jessica Meinhofer works remotely as a government contractor, simply logging in from the RV. Others pick up “gig work” cleaning campsites, harvesting on farms or in vineyards, or filling in as security guards. People learn about gigs by word of mouth, on Workamper News or Facebook groups like one for Workampers with more than 30,000 members. Big companies such as Amazon and J.C. Penney even have programs specifically recruiting RVers to help at warehouses during the peak holiday season.

So it can be tempting to dream of hitting “the open road”, but the reality of the matter is that many of these people spend long hours cleaning public toilets or stuffing boxes for big retailers.

For other Americans, even the RV lifestyle is out of reach financially, and so they are living in their vehicles.

The number of people who live in their vehicles because they can’t find affordable housing is on the rise, even though the practice is illegal in many U.S. cities.

The number of people residing in campers and other vehicles surged 46 percent over the past year, a recent homeless census in Seattle’s King County, Washington found. The problem is “exploding” in cities with expensive housing markets, including Los Angeles, Portland and San Francisco, according to Governing magazine.

Meanwhile, the ranks of the homeless continue to surge all across the country as well. More than half a million Americans are currently homeless, and that number just keeps getting larger and larger.

All of the things that I have just shared with you are signs that the middle class in America is rapidly evaporating. Once upon a time, America had the largest and most vibrant middle class in the history of the world and homebuilders struggled to build new homes fast enough to keep up with the demand. But over the past decade the rate of homeownership in the U.S. has fallen steadily as the middle class has shrunk. More people than ever are living in RVs, in their vehicles or on the streets, and this trend is going to accelerate greatly once the next economic downturn kicks into high gear.

But I definitely do not want it to seem like I am dissing the RV lifestyle. Members of my own extended family are living in their RVs by choice, and they seem to absolutely love it.

If living in an RV will enable you to escape the rat race and live a much happier life, then go for it. The RV lifestyle is not for everyone, but many that have made the jump say that they will never go back.

And considering the times that are ahead, being able to relocate very rapidly is a good option to have. There isn’t a whole lot of room in an RV, but at least you can pick up and leave whenever you like.