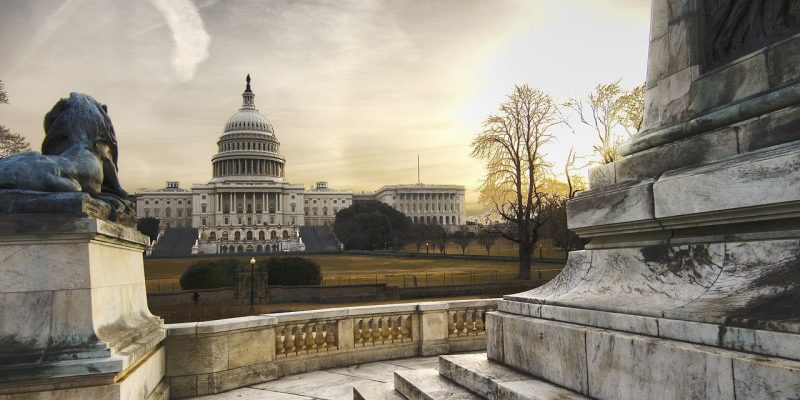 God hates divorce but permits it when there is unfaithfulness. There has been a lot of talk lately about a “national divorce.” Enter the term into your preferred search engine to see for yourself. I randomly clicked on an article in the results. The link took me to an October 21, 2021, syndicated op-ed that was written by Rick Lowry, the editor of the National Review. National divorce is a poisonously stupid idea | Columns | hngnews.com

A national divorce is the idea that the United States should split into two separate entities because Americans are completely divided on just about everything with no hope of agreeing on anything.

Several years ago, the Lord gave me a vision of two governments in the United States. In the vision I saw a map of America and hovering above the map was another America. I knew it was a second government and I saw people being raised up into it.

This vision was given in the same year that the Lord spoke many things to me about the government. Here are some of the things He said throughout 2014:

·         “Those who support what I establish will receive a double portion.”

I think it would be reasonable to say the Lord is talking about a national divorce and it certainly makes sense that He would permit this separation between people who love Him from those who do not.

In his column, Mr. Lowry posed an interesting thought:

·         “It would matter, obviously, who gets control of the federal government, the most powerful organization on Earth. It has 1.3 million people under arms and a stockpile of 3,800 nuclear warheads. Whether it accrues to red or blue America would, to understate it, be a matter of considerable haggling.”

Based on what I was supernaturally shown, I agree with Mr. Lowry that only one of the entities would maintain the federal government and the other one would necessarily be “set apart” from it. Mr. Lowry suggests that whoever gets control of the federal government would then be connected to the most powerful force on earth and that is where we disagree.

Put another way, one entity would remain under the authority of the secular humanistic federal government and whatever caricature ruler is in charge (ie., Biden, Obama, Trump) and the other government would come under the authority of the Kingdom of Heaven and King Jesus. There’s no question, then, about which system is connected to the most powerful force on earth, including above and below it. There would be zero haggling.

It’s finally time to secede and creating two systems should make both sides happy. President Biden recently proclaimed in a speech that he was losing patience with those who want to be set free. Biden Threatens Unvaccinated Americans: ‘We’ve Been Patient, But Our Patience Is Wearing Thin’ (westernjournal.com)

Let us not forget that Yahweh was the first to trumpet His lack of patience and it was with a government that enslaved His people.

Our other choice is the resetting of things back to the original state of creation promised to us by Elohim.

·         “that times of refreshing may come from the presence of the Lord, and that he may send the Christ appointed for you, Jesus, whom heaven must receive until the time for restoring all the things about which God spoke by the mouth of his holy prophets long ago.” (Acts 3:20-21)

Folks, we are in deep trouble. It’s time to wake up, the alarm is going off. We can no longer comingle our loyalty to the Holy God who sits on the throne in Heaven with anything in the world, all of which has been given to Satan for a time. We’ve crossed the Rubicon into the last days and our destiny will be determined by who we obey. All things moving forward are binary: truth or lie, real or counterfeit. Who do you trust to protect you from plagues, provide for you and your family or comfort you during the promised terrible days ahead: God or government?

A series of events must take place before the coming of the Son of Man and we are witnessing them. God is preparing us now to remove the flag from between us and Him and replace it with the cross. Satan can and will destroy the American flag that represents freedom, but he will never and cannot destroy the freedom of the cross.

The American Republic has always been the greatest nation in the physical realm, but the empire is now falling. King Jesus will not allow us to go back to the original flawed United States of America governing system and He will not allow us to move forward under the control of an increasingly antichrist government. A national divorce is imminent.

The emerging Kingdom entity will compete with the United States federal government for the souls of God’s people. It is a divinely practical and tactical zero-government replacement of the government. This secession is not just for Texas or red states. It’s not even just for American citizens. It can be established now in any city and is not dependent upon new or repealed legislation. Those who choose to become members of this community will be cut off from the incomprehensible government debt enslavement that is leading to the mark of the beast.

You can read about this divine blueprint in my book, “God’s Public Option.” God’s Public Option: A Separation of Church and State the Way Jehovah Jireh Intended (God Punched Back): Glenn, Jane Northrup: 9781638744092: Amazon.com: Books

Jane Northrup Glenn is the author of God Punched Back – Knocking Out theUnited States Government to Set People Free and God’s Public Option – A Separation of Church and State the Way Jehovah Jireh Intended. These engaging, easy-to-read, books are the first two of a four-book series discussing the end times, Christians and politics, financial bondage to the government, and God’s planned exodus out of debt enslavement and the current secular humanistic rule of law.

Jane is a visionary with a diverse professional background that includes positions in both the nonprofit and for-profit sectors. As an entrepreneur, she has worked extensively with the homeless and with juvenile and adult offenders in the capacity of job placement. She is the founder of Authority Staffing, a Christian business prototype in Fort Collins that specialized in felon employees. Authority Staffing was recognized by the State of Colorado in 2016 and named 1 of 21 Gospel Driven Businesses by Ministry Today. Jane is also featured in a Ministry Today article on prayer with employees. Prayer Power can be found in the 2017 Building Kingdom Leaders edition.