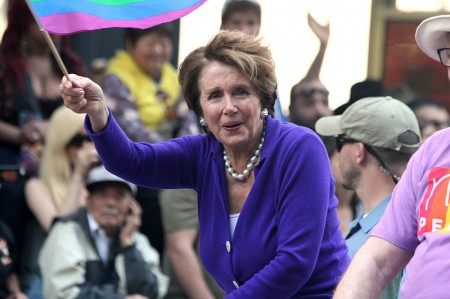 At the Americans United rally “Hands Off Social Security & Medicare” at the Capitol on Thursday, House Minority Leader Nancy Pelosi (D-Calif.) blamed Republicans for the economic recession of 2007-09, saying their “lack of regulation and supervision took our country to the brink, and so when President Obama won the election, he took us out of that brink.”

“I know you’ve heard from many members of the House and Senate about the importance of the three pillars of security for America’s seniors: about Social Security, about Medicare and about Medicaid,” she said. “And I’m here to add my support to strengthening, not weakening those pillars. But I want to just take a different tack for a moment.”