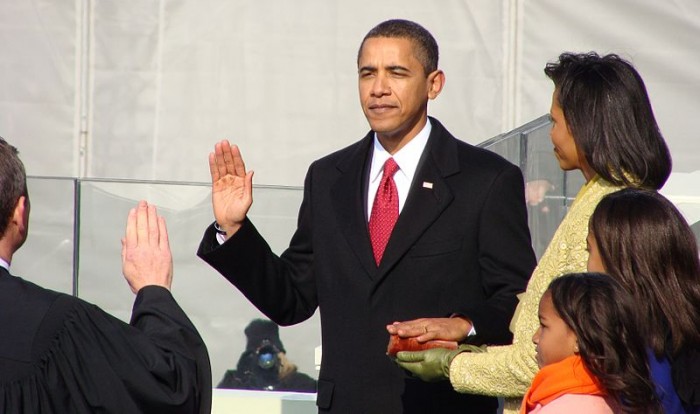 President Barack Obama had hoped his historic election would ease race relations, yet a majority of Americans, 53 percent, say the interactions between the white and black communities have deteriorated since he took office, according to a new Bloomberg Politics poll. Those divisions are laid bare in the split reactions to the decisions by two grand juries not to indict white police officers who killed unarmed black men in Ferguson, Mo., and Staten Island, N.Y.

Both times, protesters responded with outrage and politicians called for federal investigations. Yet Americans don’t think of the cases as a matched set of injustices, the poll found. A majority agreed with the Ferguson decision, while most objected to the conclusion in the Staten Island death, which was captured on video. The divergent opinions—52 percent agreed on Ferguson compared with 25 percent who approved of the Staten Island outcome—add to an ongoing discussion that was inflamed when Officer Daniel Pantaleo was seen in the July video putting what appeared to be a chokehold on Eric Garner, a 43-year-old man suspected of selling untaxed cigarettes. Garner could be heard saying, “I can’t breathe,” and died of a heart attack in what a medical examiner ruled a homicide. The grand jury decision not to charge Pantaleo came just 12 days after a similar panel in Ferguson declined to charge Officer Darren Wilson, who in August shot to death 18-year-old Michael Brown. That altercation was not captured on video, and the prosecutor presented evidence of a physical confrontation between the two men before the fatal shots were fired.