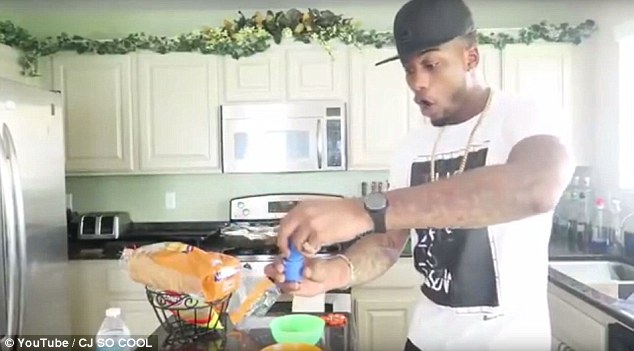 (Daily Mail) Cordero James Brady, 29, runs the YouTube channel CJ SO COOL, which has over 5.6million followers. The channel is monetized- which means he sells his channel to advertisers, with the more people watching the ads, the more money they stand to make.

Last week his channel was suspended over the vicious practical joke that appeared to have made his children physically sick. The ‘laxative ice cream’ video was permanently removed.

In the vlog, Brady films himself dosing his children’s ice cream with Pedia-Lax and then feeding it to them. He then films 90-minutes later, showing his children screaming and crying in pain.

https://t.co/c352Hgf1y0 Man gives his children laxatives, films them crying and crapping and uploads the “prank” to youtube…