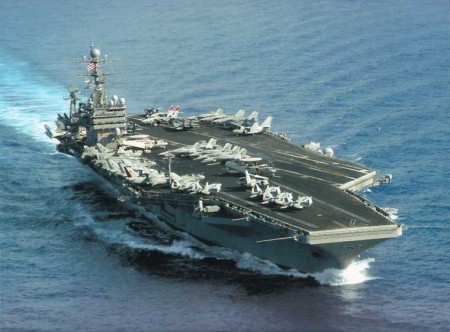 A new poll out Monday morning found a striking amount of U.S. voters opposed to further military engagements around the world and a wide majority voicing a big-picture opinion that American forces should be used in a more limited fashion.

According to the Politico survey of likely voters in battleground districts, only 22% agreed with the statement that the United States, “as a moral leader,” has a “a responsibility to use its military to protect democracy around the globe.” Around 66% of respondents said the U.S. military should be “limited to direct threats to our national security.”

In specific regions embroiled in military conflict, a clear majority of respondents rejected expanded military engagement. Just 17% said the U.S. should do more to counter Russian aggression in Ukraine — though the poll was in the field before the Malaysian Airlines flight was shot down over Ukraine last Thursday. More than 75% said they backed a proposal to withdrawal all U.S. troops from Afghanistan by the end of 2016. The likely voters responded similarly when asked about Iraq and Syria.