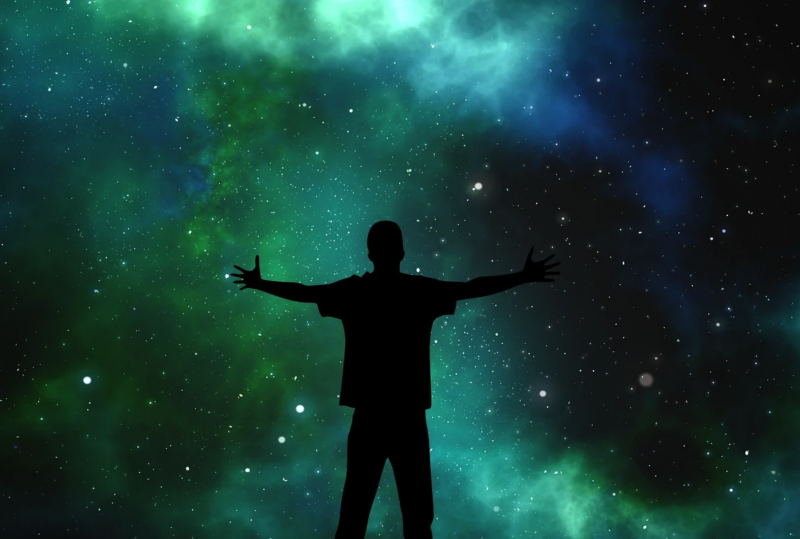 Will our own arrogance actually be our undoing?  When you peer up into the night sky and realize how small we truly are in comparison to the vastness of the universe, that should be a very humbling thing.  Unfortunately, humility is in very short supply in our day and time.  Sadly, this is particularly true in our scientific community.  Over the past two years, a pompous blowhard named Anthony Fauci has become the most famous scientist in the entire world, and even though he has been exposed as a total fraud he is more pompous than ever and he is still worshipped by millions.  Unfortunately, he is far from alone.  Because of what I do, I have to deal with pompous blowhards like Dr. Fauci all the time.  These “geniuses” think that they have everything figured out, but of course they don’t.  None of us do. We are literally surrounded by unanswerable questions and great mysteries that have gone unsolved for thousands of years.

Earlier today, I came across yet another great mystery that has me completely puzzled.  According to NBC News, there is a “mysterious object” that is not too far from our planet that periodically sends radio signals in our direction at regular intervals…

Astrophysicist Natasha Hurley-Walker was scanning radio signals across huge swaths of the cosmos in late 2020 when she and her colleagues stumbled on something they had never seen before.

In a patch of sky that was monitored continuously over 24 hours, the scientists detected the appearance of a mysterious object that unleashed a giant burst of energy every 20 minutes or so and then disappeared several hours later.

To be more precise, it wasn’t “every 20 minutes” that radio signals were being sent toward us.

To confirm the discovery, Hurley-Walker sifted through the Murchison Widefield Array’s extensive archives, which stretch back to 2013, to see whether the telescope had picked up any other activity from the object. She found that it had switched on in the first part of 2018, emitting 71 flashes of radio signals from January to March of that year, before it switched off again. As she and her colleagues saw in their own observations, the pulses came at regular intervals.

That seems rather strange, doesn’t it?

Needless to say, I don’t know what this object is.

And neither does anyone else.

But what we do know is that it is fairly close to us.  In fact, Hurley-Walker says that it is “in our galactic backyard”…

“This object was appearing and disappearing over a few hours during our observations,” said lead study author Natasha Hurley-Walker, an astrophysicist at the Curtin University node of the International Centre for Radio Astronomy Research, in a statement.

“That was completely unexpected. It was kind of spooky for an astronomer because there’s nothing known in the sky that does that. And it’s really quite close to us — about 4,000 light-years away. It’s in our galactic backyard.”

Scientists have developed some “theories” about this object, but it is important to emphasize that these are just “theories”…

Astronomers think it might be a remnant of a collapsed star, either a dense neutron star or a dead white dwarf star, with a strong magnetic field — or it could be something else entirely.

I really like it when scientists are humble enough not to promote their theories as “facts”, because that happens way too often.

Just the other night, I was reading a book by a prominent author that did this over and over again.  Throughout his book, he kept asserting that certain things were true even though I knew that what he was claiming was based on his own speculations.

This sort of thing drives me nuts, but it has become very common.  For example, in our public schools today there are all sorts of “theories” that are presented to our children as “facts” even though they are entirely unproven.

And scientists continue to come up with more wild assertions that they try to pass off as facts.

Just today, I came across an article that insisted that “the universe’s expansion could end surprisingly soon”.

In another article, I was told that “the universe is disappearing”.

But that one was topped by the article that attempted to convince me that the universe that we live in is probably “a simulation”.

Whoever came up with that has probably been watching too many Matrix movies.

I don’t have a problem with scientists coming up with crazy “theories” as long as they are very open about the fact that they are just “theories”.

But when our scientists start believing their own nonsense and start foisting it upon the general public as something that they must believe, I have a real problem with that.

Ultimately, that sort of arrogance produces an environment where someone like Dr. Fauci can run around oppressing everyone like some sort of a deranged dictator.

Most of the population trusted Fauci and his minions, and this has resulted in a tragedy of historic proportions.

Science is supposed to be all about questioning things, but today we are being told that we should never question “the science”.

Let me give you another example of how scientific arrogance can potentially pose a tremendous threat to humanity.

THE Large Hadron Collider (LHC) at CERN near Geneva, Switzerland, will start running again after a three-year shutdown and delays due to the covid-19 pandemic. The particle collider – known for its role in the discovery of the Higgs boson, which gives mass to all other fundamental particles – will return in 2022 with upgrades that give it a power boost.

Thanks to this new “power boost”, scientists will now be able to make particles collide into one another “at higher energies than ever before”…

Part of the upgrade work has been to increase the power of the injectors that supply highly accelerated particle beams to the collider. Prior to the last shutdown in 2018, protons could reach an energy of 6.5 teraelectronvolts, but the upgrades mean this can now be pushed to 6.8 teraelectronvolts.

Rende Steerenberg at CERN says that these more powerful beams will cause collisions at higher energies than ever before, and other upgrades in the future will also allow more particles to be collided at the same time.

Does this sound like a really, really bad idea to anyone else out there?

Because to me this sounds like the plot for a very bad science fiction movie.

Just because we are able to do something does not mean that we should actually do it.  What happened in Wuhan is a prime example of that principle.

Humanity has reached a point where our scientific acumen has far surpassed our moral and ethical development.

Scientists all over the world are “playing God”, and that definitely represents an existential threat to humanity.

Unfortunately, there will be no turning back.  Our scientists are just going to continue to push the envelope until one of them finally pushes things just a little bit too far.