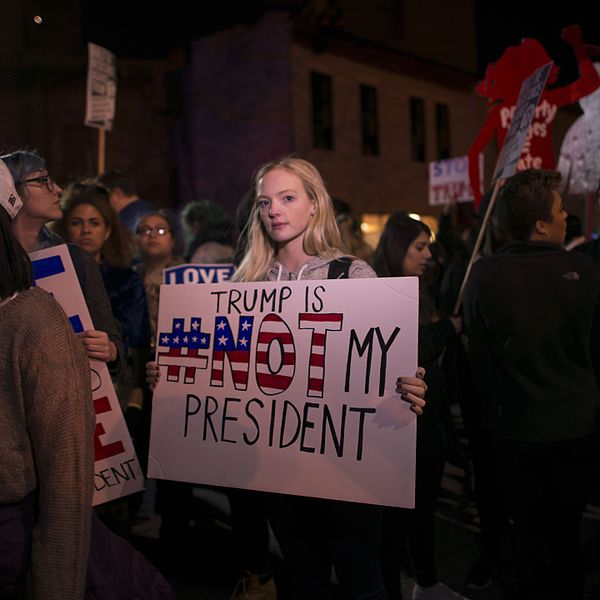 The radical left is promising to make this the most chaotic inauguration in U.S. history.  As I have written about previously, anarchists plan to do whatever they can to disrupt the inauguration of Donald Trump, but their plans are not just limited to the main event.  As far as the protesters are concerned, any event that has anything to do with the inauguration of Trump is fair game, and so if you plan to attend a lunch, a ball or even a prayer meeting you will need to take precautions.  Every single officially sanctioned event is on their radar, and those that do not have heavy security will be easier for them to hit.

The anarchist leaders know that their people aren’t likely to be able to get anywhere near Trump, and so they are focusing on how they can make headlines in as many other ways as possible.  According to the Daily Caller, this includes disrupting “several of the balls on inauguration night”…

Fox News reported Friday on audio of a protester saying #Disrupt20 plans to “crash” the pro-Trump “Deploraball” on Jan. 19, which The Daily Caller’s source confirmed. The source said that several of the balls on inauguration night will be disrupted as well.

The Fox News report also described an anti-capitalist protest emanating from Logan Circle on the morning of the inauguration. The individual with intimate knowledge of the protests told TheDC that property damage will likely result from the protest.

These protesters don’t just plan to be an inconvenience to those attending inaugural events.  In fact, later on today I am going to publish an article on The Economic Collapse Blog that will talk about how three key organizers were caught on tape talking about how they could release butyric acid at a ball on the evening of December 19th.

Personally, I am glad that I am not going to be anywhere near D.C. this week, because we may very well see chaos and violence on a level that we have never seen during an inauguration before.

It would be a mistake to underestimate the resolve of these anarchists.  As I have said before, the election of Donald Trump was the single most galvanizing moment for the radical left in decades, and they are ready for war.  To give you an idea of what their mindset is at this point, just check out the following excerpt from #DisruptJ20’s “call to action”…

Trump stands for tyranny, greed, and misogyny. He is the champion of neo-nazis and white Nationalists, of the police who kill the Black, Brown and poor on a daily basis, of racist border agents and sadistic prison guards, of the FBI and NSA who tap your phone and read your email.

He is the harbinger of even more climate catastrophe, deportation, discrimination, and endless war. He continues to deny the existence of climate change, in spite of all the evidence, putting the future of the whole human race at stake. The KKK, Vladimir Putin, Golden Dawn, and the Islamic State all cheered his victory. If we let his inauguration go unchallenged, we are opening the door to the future they envision.

The very first major disruptive event that #DisruptJ20 has planned for inauguration week comes on January 18th at 6 PM.  At that time they plan on descending upon Mike Pence’s home in large numbers for what they are calling “a giant queer dance party”…

The homo/transphobic Mike Pence has graciously invited us to shake our booties and bodies in front of/around his house in Chevy Chase. We plan on leaving behind [biodegradable] glitter and rainbow paraphinalia that he can NEVER forget. #WeAreQueer #WeAreHere #WeWillDance That’s right, get ready to WERK it and tell Daddy Pence: homo/transphobia is not tolerated in our country!

WERK for Peace and DisruptJ20 are teaming up to bring you the best dance party in the nation, so you betta’ show up and weerrrrkkk! We will meet at the Friendship heights metro and make our way via carpooling or dance to Daddy Pence’s neighborhood. Bring your flyest rainbow gear and your booty/body shaking skills!

Conservatives never acted this aggressively when Democrats were being inaugurated.

In fact, if you look back over the last several decades the only times that there has been any inaugural violence is when Republicans won.  The following comes from the Washington Post…

At Bush’s first swearing-in, in 2001, numerous protest groups roamed the District, some clashing with police, in what The Washington Post described as the largest inaugural demonstration since the Vietnam War. The paper reported than an egg, four green apples and a plastic water bottle were tossed in the direction of Bush’s limousine as protesters along the parade route shouted, “Hail to the thief.”

Protests turned ugly in 1969 and 1973 for Richard M. Nixon’s inaugurations. Rocks were thrown at his limo during his second swearing-in.

Fortunately, law enforcement authorities are very well aware of what the radical leftists are planning, and they plan to disrupt the disrupters as much as possible.

According to the Washington Post, a “team of Secret Service agents is monitoring social media”, and it is being reported that there will be 28,000 security officials working the inauguration.

But those security officials cannot be everywhere at once, and it is being projected that hundreds of thousands of protesters will be descending upon D.C. between now and the end of the weekend.

Let us hope that the plots and plans of the radical left are foiled, but it seems unlikely that this will be an entirely peaceful inauguration.

The radical left is determined to make a major statement.  They know that they cannot keep Donald Trump from becoming president, but they want the world to know that they do not believe his presidency is legitimate and they plan to fight him every step of the way.

Over the past decade, the radical left has been steadily growing, but it has gone largely unnoticed because so much of the attention was on Barack Obama.

But now that Obama is leaving office, the radical left is poised to step to the forefront, and they plan on making Donald Trump’s inauguration their coming out party.