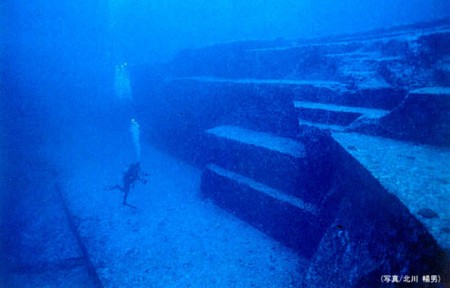 In cultures all over the world, there are ancient stories about beautiful, prosperous cities that became submerged in the ocean and were never seen again. The most famous of these is the story of Atlantis, but there are many others. So could it be possible that some of these cities actually exist? In recent years, modern technology has allowed humanity to investigate the ocean floor like never before. As we have done so, we have made some incredible discoveries. You are about to see some amazing mysterious structures that have been found on the bottom of the ocean floor all over the world. Could these mysterious structures actually be evidence of very advanced ancient civilizations? As we learn about these ancient civilizations, will this knowledge turn the conventional version of human history that we all learned in school upside down?

We live at a time when mind blowing discoveries are being made at a pace never seen before. Just last month, I wrote about the megalithic ruins that have just been discovered in Russia that contain the largest blocks of stone ever found (even bigger than Baalbek).

Nobody can explain where those stones came from, who lived there, or how ancient humans could cut and move such massive blocks.

Well, similar things could be said about many of these mysterious structures on the bottom of the ocean floor…