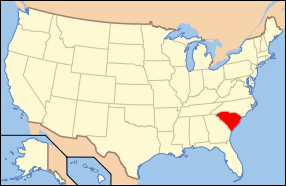 Angry clashes have erupted between members of the Ku Klux Klan and the New Black Panther Party as both groups rally at the South Carolina statehouse.

Confederate flags were stolen and ripped up to cheers and applause from the New Black Panther demonstrators – while KKK members stood on the steps of the capitol performing Nazi salutes.

The white supremacists came out in force on Saturday afternoon to condemn the governor’s decision to remove the Confederate Flag due to its associations with racial hatred.

Countering their demonstration, around 400 people with links to the New Black Panther Party marched in the name of racial equality – calling on politicians to do more than simply bring down a flag.