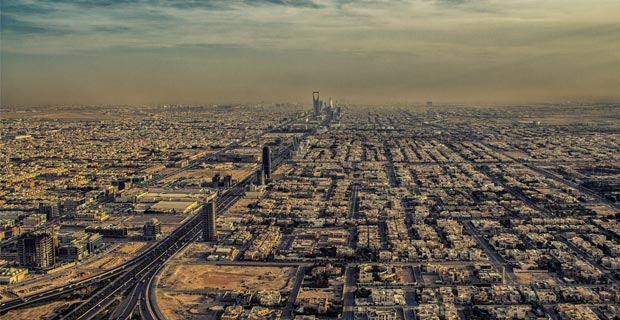 (By Nick Cunningham of Oilprice.com) One of the oil world’s longest and best kept secrets may finally be revealed. Saudi Arabia is preparing to unveil how much oil it holds, a closely guarded state secret that has been kept quiet for decades.

The decision to bring such important data to light comes as Saudi Aramco is preparing to partially privatize its assets, an IPO that could bring in some $100 billion. The IPO will be a monumental event, one that the Wall Street Journal says could offer Wall Street some of the largest fees in history.

Saudi Arabia often trades off with Russia – and more recently, with the U.S. – as the world’s largest oil producer. But while it produces at similar levels as Russia and the U.S., it is long been a vastly more influential player in the oil world. That is because of two reasons – the size of its reserves, and the ability to use latent spare capacity to quickly adjust supply, affording it an outsized influence on crude oil prices.

But while everyone believes Saudi Arabia has some of the largest oil reserves in the world, perhaps rivaled only by Venezuela, there has been a lot of uncertainty and skepticism over exactly how much sits beneath the Saudi desert. The world’s largest oil field, Ghawar, has been producing since the 1950s, raising speculation about the longevity of the supergiant oilfield. It alone is thought to hold around 75 billion barrels, and it churns out more than 5 million barrels every single day. Surely, it cannot continue like this indefinitely, but the Kingdom has not revised its official reserves for years, which have stood at 260 billion barrels since the 1980s. It is hard to overstate how valuable this information is, and how fiercely Saudi leadership protected it.

However, the collapse of oil prices since 2014 has pushed the Saudi budget deep into the red. The Deputy Crown Prince Mohammed bin Salman is undergoing an historic transformation of the Saudi economy, a multi-decade plan to diversify the country’s economic base and create new sources of revenue. At the heart of the plan is spinning off roughly 5 percent of Saudi Aramco, the most valuable oil company in the world. Saudi officials believe that the company is worth between $2 and $3 trillion.

But in order to settled on a valuation and launch an IPO of some of Aramco’s assets, investors need to get a look beneath the hood. That is why Saudi Arabia is now prepared to unveil not just its financials, but also the long sought after data surrounding its oil reserves. “Everything that Saudi Aramco has, that will be shared, that will be verified by independent third parties,” Khalid al-Falih, Saudi Arabia’s energy minister, told the Financial Times in an interview. That would include, “reserves… costs [and] profitability indicators.” He went to lengths to emphasize Saudi Arabia’s seriousness about the IPO, in an effort to dampen skepticism. “This is going to be the most transparent national oil company listing of all time,” he said.

There is a great deal of suspicion regarding Saudi Arabia’s insistence that its reserves still stand at 260 billion barrels. After all, how could such a figure stay constant when it is producing 9 to 10 million barrels every day, which adds up to a few billion barrels each year? Aramco would have to add billions of barrels of newly discovered reserves on an annual basis in order to prevent its reserve base from declining. It is doubtful that it has done that consistently since the 1980s. But nobody knows except the Saudis.

As the FT notes, this figure will have massive ramifications for both Saudi Arabia and the global oil market. Right now, everyone is operating under the assumption that Saudi Arabia can continue to pump at its current pace for another seven decades. Long-term oil forecasts are predicated, in part, on Aramco’s ability to do that. More important for Saudi Arabia itself, its credit rating as well as the fortunes of its economy over the coming decades is also predicated on that assumption. A sharply lower reserve estimate could send oil futures up if fears over supply surface, and it might also affect Saudi Arabia’s credit rating.

Aramco is preparing to launch the IPO in 2018, which means that it will need to publish data on its oil reserves before then. The oil world’s biggest secret could soon be publicly released.

By Nick Cunningham of Oilprice.com