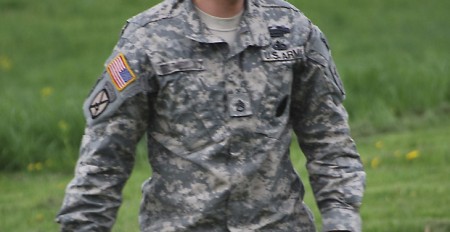 A 24-year U.S. Army officer was denied entry to his daughter’s high school because his uniform may “offend another student,” according to the school’s security.

After trying to escort his daughter into Rochester Adams High School in Rochester, Mich., Lieutenant Colonel Sherwood Baker was told by security that if he wanted to enter the school, he would have to go home and change out of his uniform.

“Before he was allowed in, the security guard stopped him and said ‘sorry, you’re not allowed in the school,’” Baker’s wife, Rachel Ferhadson, told My Fox Detroit. “Security told him men and women in uniform weren’t allowed because it may offend another student.”