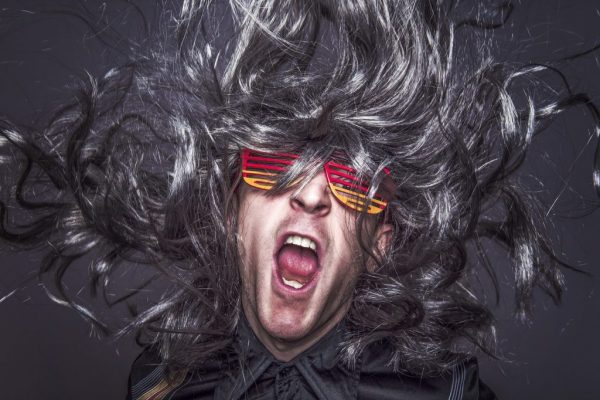 I can’t think of a time when Americans were more apathetic about getting prepared, and yet this is exactly the time when the urgency to get prepared should be at the highest. Earlier today, my wife Meranda and I were discussing the fact that every single element of “the perfect storm” is coming together just as we had anticipated. One by one, the pieces are all falling into place, and I share the most recent things that my research has uncovered with all of you on a daily basis. Unfortunately, most Americans are absolutely convinced that there is no reason to get prepared for hard times because everything is going to be just great. In America today, most people either believe that the future is going to be totally wonderful or that the future will be totally wonderful once we get rid of Trump. Because so many of us have adopted one of these false narratives, most Americans are partying instead of preparing, and that is going to mean big trouble when things really start going haywire.

Are you familiar with “the rule of three”? I just looked it up on Google, and this is how it is defined…

Of course these numbers are not exact. For example, many have gone without food for more than 3 weeks without serious problems. But in general, this is a pretty good guideline for survival.

Sadly, if a major emergency were to hit this country tonight, most Americans would be completely unprepared when it comes to even the most basic essentials. In fact, one survey found that only 39 percent of Americans have any sort of an “emergency kit” whatsoever…

When it comes to being prepared for an emergency, 39% say they have an emergency kit, while another 39% have a non-perishable food stock. A little less than one-third (28%) of people have stockpiles of water, and one in four people (25%) have an evacuation plan.

Those are depressingly low numbers.

So what are all of those people going to do when things hit the fan and the government is not there to rescue them?

Needless to say, a lot of people will really freak out when they can’t get what they need.

But as long as things are relatively “normal”, this astounding lack of preparation will not be a problem. And right now, Americans are acting as if things will be “normal” for the foreseeable future. In fact, most of us are partying like it’s 1999 all over again. According to CNBC, U.S. consumer debt just surpassed the four trillion dollar mark for the first time ever…

As of this month, outstanding consumer debt exceeded $4 trillion for the first time, according to the Federal Reserve.

Relatively strong holiday spending, particularly in November, and increasing credit card debt added more than $41 billion in outstanding balances at the end of 2018, according to LendingTree, a loan comparison website, which analyzed the data from the Fed.

We are spending money as if there is no tomorrow, and that would be fine if tomorrow never arrived.

Of course we really shouldn’t be spending money so wildly anyway, because many of us are already completely drowning in debt. For example, auto loan delinquencies are already far higher than they were during the peak of the last recession. The following comes from NBC News…

At least 7 million Americans were in serious delinquency on their car loan — 90 or more days behind — at the end of 2018, according to data released Tuesday by the Federal Reserve Bank of New York.

That’s 1 million more than at the end of 2010, after the recession.

And student loan delinquencies also just shot up to the highest level ever. We have never seen anything like this before in modern American history, and yet the party continues to roll on.

Unfortunately, all parties eventually come to an end, and the end of this one is going to be particularly painful.

When disaster strikes, most Americans are going to be out of resources very, very rapidly. One survey found that 78 percent of all American workers are living paycheck to paycheck. That number is a little higher than other figures that I have seen, but everyone agrees that a solid majority of the country is barely scraping by each month.

When things get really bad, I honestly don’t know how most people are going to make it.

A number of years ago, a survey asked Americans how long they thought they would survive if the electrical grid went down for an extended period of time.

Nearly 75 percent said that they would be dead before the two month mark.

Hopefully you are more resourceful than that. But without a doubt all of us are going to stand a better chance of surviving what is ahead if we make some basic preparations. It’s isn’t rocket science, but if you choose to do nothing because you have blind faith in the system, then you and your entire family could find yourselves in a world of hurt when things start getting really crazy out there.

If we had made different choices as a nation, we could have had a very different future.

Sadly, our self-destructive behavior continues to get even worse, and a day of reckoning for America is fast approaching.