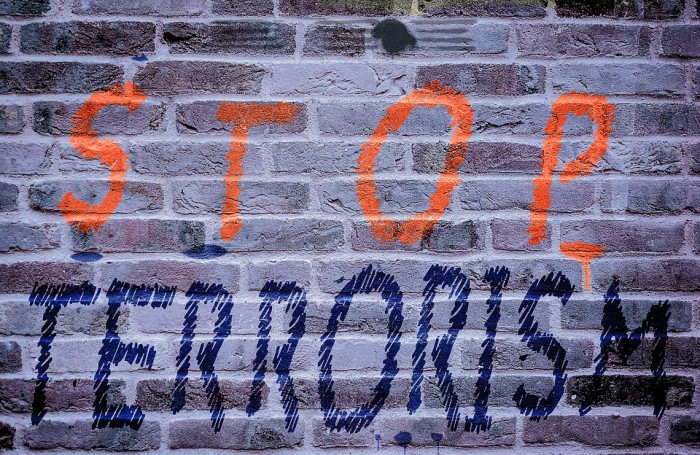 Crazy people committing random acts of senseless violence is rapidly becoming the “new normal” in the western world. On Monday, a police vehicle was firebombed in Daytona, Florida by someone that was enraged by the recent shooting deaths of Alton Sterling and Philando Castile. And over in Europe, an axe-wielding Islamic terrorist shouted “Allahu Akbar” as he started wildly attacking passengers on a train in southern Germany. Authorities say that the young man was originally from Afghanistan, and according to the Mirror he was shot dead before he could flee the scene of the attack…

The horror began at around 9mpm local time when the teenager stormed a train that was traveling close to Wurzburg in southern Germany.

He then shouted “Allahu Akbar” – which means God is greatest – before launching into the terrifying attack on innocent passengers and then attempted to flee.

News outlets in Germany have claimed the crazed attacker was shot dead by armed police as he tried to escape.

Even though this 17-year-old Afghan terrorist was armed with an axe and a knife, none of the passengers were killed, although a few of them were seriously injured.

It is likely that this was a copycat attack. This young Afghan probably saw the attention that the horrible attack in Nice received, and he probably thought that he could become famous too by jumping on a train and hacking innocent people to death with his axe. Unfortunately for him, he is now dead and facing the afterlife, and most of the rest of the planet will probably forget about him by tomorrow.

Meanwhile, the wave of violence against police in the United States continues to intensify. On Monday, a police vehicle in Daytona, Florida was firebombed by an unknown individual. The following comes from the Daily Mail…

A squad car in Florida was set on fire with a Molotov cocktail in what appears to be more anti-cop backlash following the shootings of two black men that have sparked protests throughout the nation.

The police cruiser was parked in front of the Islamic Center of Daytona about 2:30am Sunday when it was set on fire.

The car was fully engulfed in flames when police firefighters arrived.

By itself, it may have been difficult to connect this incident with the recent attacks on police in Dallas and in Baton Rouge, but the perpetrator removed all doubt about his or her motivation by leaving a note at the scene of the crime…

Police said a note was found at the scene.

There was a bit more to the note, but it contained an expletive directed toward police that would not be appropriate for young readers to see.

On Sunday, the deaths of three police officers in Baton Rouge overshadowed another very disturbing incident that took place in Wisconsin. A suspect shot and seriously wounded a police officer while he was just sitting by himself in his vehicle…

A domestic violence suspect opened fire on a Milwaukee police officer who was sitting in his squad car early Sunday, seriously wounding him before fleeing and apparently killing himself shortly afterward, authorities said.

The shooting, coming the same day that three police officers were killed in Baton Rouge, Louisiana, prompted the Milwaukee Police Department to send all officers out in two-person squad teams, the Milwaukee Journal Sentinel reported.

I think that what the Milwaukee Police Department has done is very wise. No police officer should be alone in any major city at this point.

Sadly, I think that what we have seen so far is just the beginning of the violence. Once the conventions are over, things will swing into full general election mode, and emotions on both sides will be running extremely high.

In particular, the radical left is being absolutely inundated with messages telling them that Donald Trump is basically the American equivalent of Adolf Hitler. Of course that is complete and utter nonsense, but after hearing it enough times a lot of them are starting to believe it, and some of them are actually discussing the possibility of real violence against the government if Trump wins in November. Just consider the following…

The failed coup in Turkey that killed more than 200 people and wounded thousands more could be coming to America — if Donald Trump is elected and #BlackLivesMatter activist and Daily News columnist Shaun King has his way.

King tweeted this weekend that the U.S. would suffer the same fate as Turkey if the soon-to-be Republican nominee won the presidency.

“If Donald Trump becomes President, you are fooling yourself if you think we’re far from having a coup our own selves,” King tweeted. “I’m dead serious.”

And of course I think that most people are anticipating that riots, protests and violence will follow the Trump campaign around the country between now and election day in November. The radical left hates Donald Trump with a passion, and they have already shown what they are willing to do to disrupt Trump rallies. If Donald Trump looks like he has a realistic shot at winning as we approach election day, that will just send activists on the radical left into overdrive.

We have entered a period of time when America is the most divided that it has been in decades. The mainstream media loves to pit us against one another, and they love to focus on hatred and dissension. This country is starting to come apart at the seams, and what we have witnessed so far is just the beginning.

As a nation, we have made certain choices, and at first those choices didn’t seem to have any serious consequences. But now decades later we stand poised to reap what we have sown, and it is going to be a very, very bitter harvest.