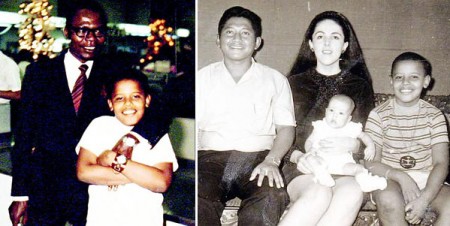 Far from being the mere ‘son of a goat herder’ (as he deceptively paraded during and even before his candidacy), strong evidence has emerged that President Barack Obama is the product of the intelligence community. Investigative reporter and former NSA employee Wayne Madsen has put together an extensive three-part (and growing) series with conclusive proof and documentation that Barack Obama Sr., Stanley Ann Dunham, Lolo Soetoro and President Barack Obama himself all hold deep ties to the CIA and larger intelligence community. And that’s just the beginning.

After his election, President Obama quickly moved to seal off his records via an executive order. Now, after two years of hints and clues, there is substantial information to demonstrate that what Obama has omitted is that his rare rise to power can only be explained by his intelligence roots. However, this is more than the story of one man or his family. There is a long-term strategic plan to recruit promising candidates into intelligence and steer these individuals and their families into positions of influence and power. Consider that it is now declassified former British Prime Minister Tony Blair was recruited into MI5 before becoming a labour leader, or that George H. W. Bush not only became CIA director in 1976 but had a deeper past in the organization. While we may never know many pertinent details about these matters, one thing that is certain is that the American people have never been told the truth about who holds the real power, nor who this president– and likely many others– really is.