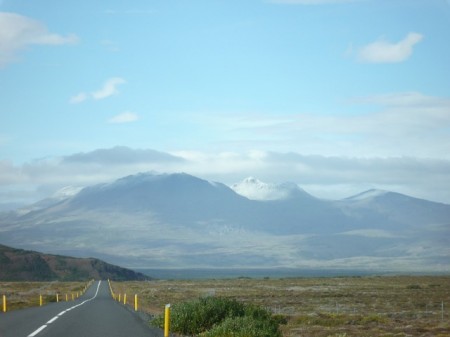 Ice over Iceland’s rumbling Bardarbunga volcano has melted to reveal a row of one-kilometer wide “cauldrons,” possibly due to a sub-glacial eruption, the country’s meteorological office said late on Wednesday.

Rumblings at Iceland’s largest volcano system for about a week have raised worries of an eruption that could spell trouble for air travel. In 2010, an ash cloud from the Eyjafjallajokull volcano closed much of Europe’s airspace for six days.

The Met Office said on its website it had not observed an increase in the level of tremors in connection with the discovery of the four- to six-kilometer long line of 10- to 15-meter deep “cauldrons.”