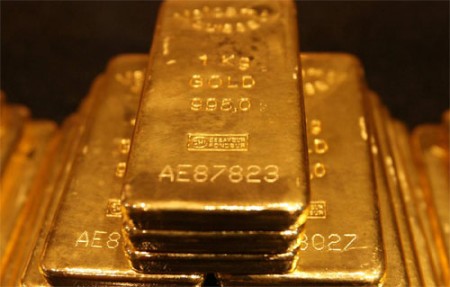 The ongoing transition of gold price manipulation from conspiracy theory to conspiracy fact  just escalated as Bloomberg reports, Peter Hambro, chairman of Russia’s 2nd largest gold producer Petropavlovsk Plc, said he was “horrified” by the manipulation of the London fix given its importance to the industry.  One wonders just how many of these individuals, involved in the manipulation,  Hambro is dinner-party friends with?

“When I read the reports on what people had been doing to it, I was horrified,”Hambro said in an interview today. “It is something that is really important to people in the industry. It’s something that we use in a big way as we deliver our gold, that’s how we price.”

Barclays Plc was fined $44 million earlier this year after a trader sought to influence the gold fix in 2012. The gold fixing takes place twice a day by phone and is used by mining companies to central banks to trade or value the metal.

The banks conducting the century-old London gold fixing and the London Gold Market Fixing Ltd., which runs the procedure, are seeking to revamp the process. Deutsche Bank AG’s exit from the process this year as it scales back its commodities business left Societe Generale SA, Bank of Nova Scotia, HSBC Holdings Plc and Barclays to conduct fixings.

“To have something that we can rely on is vitally important,” said Hambro, who previously traded bullion at Marc Rich Group and Mocatta & Goldsmid Ltd. “I look forward to its continuing existence.”