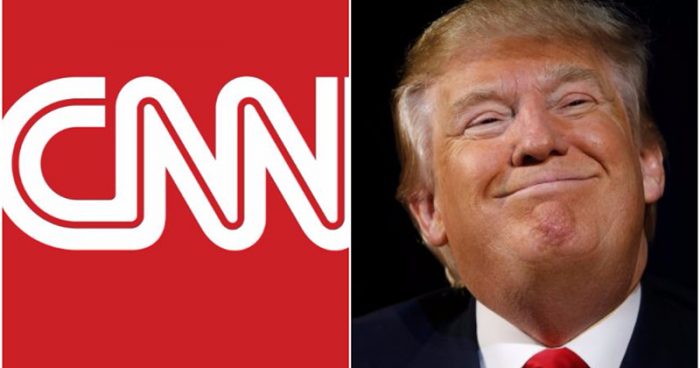 (Infowars) Following yet another packed out rally where thousands of Americans raucously cheered the President, CNN again suggested that Donald Trump’s anti-media rhetoric could lead to violence against reporters, even intimating that Trump could be issuing a ‘call to arms’ against reporters.

Acosta, who was at the rally and forced to endure loud chants of “fake news” and “CNN sucks,” said it was “Just a sample of the sad scene we faced at the Trump rally in Tampa.”

He then stated “I’m very worried that the hostility whipped up by Trump and some in conservative media will result in somebody getting hurt. We should not treat our fellow Americans this way. The press is not the enemy.”

Just a sample of the sad scene we faced at the Trump rally in Tampa. I’m very worried that the hostility whipped up by Trump and some in conservative media will result in somebody getting hurt. We should not treat our fellow Americans this way. The press is not the enemy. pic.twitter.com/IhSRw5Ui3R

Meanwhile, during an interview with Democratic Congressman Steve Cohen, CNN anchor Wolf Blitzer suggested that Trump’s “attacks” on reporters “could lead to violence against members of the media.”

“Do you believe that people could take President Trump’s vitriol as a call to arms?” Blitzer asked Cohen, who agreed and likened Trump’s supporters to the followers of mass suicide leader Jim Jones.

“I’ve seen a lot of his supporters. They listen and believe everything that they put out. It’s like James Jones and they drank the Kool-Aid and I’m afraid that he could incite them to violence,” Cohen said.

“A lot of them are on the edge anyway. And it’s unfortunate what he said. The free press is important to America as a bulwark of democracy and the rule of the law.” Cohen added.

This is far from the first time CNN has suggested that Trump is inciting violence against reporters, yet the network provides a platform for anti-Trump ‘resistance’ loons on a daily basis, and even sponsored a play in which Trump was assassinated.

The media is, of course, non-partisan. The likes of CNN and MSNBC report straight down the line, they do not have an agenda against Trump, and it’s very obviously true that the walls are closing in on the President: