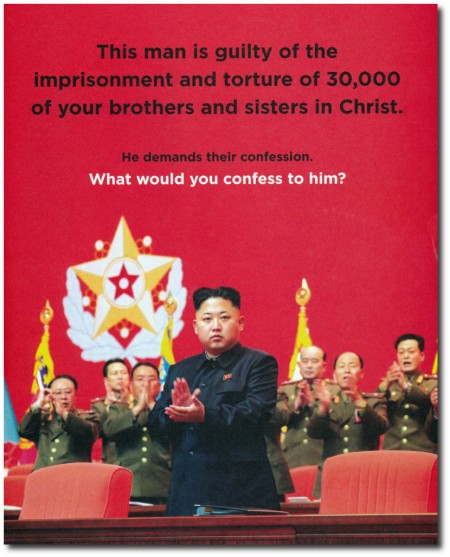 North Korea is one of the most insanely evil countries on the face of the earth. Today thousands of people are tortured, and starved to death, and this has been going on for years. We look back on the Holocaust, and say “never again” yet, there are concentration camps that have been active since the 1960’s, and nothing has been done about it.

The camps’ brutal conditions suggest that they are comparable to those in the Nazi camps at Mauthausen and Buchenwald, which largely killed people through a combination of exhaustion, disease and starvation.
Today there are six political prison camps in North Korea, with the size determined from satellite images.
(Picture Credits – June 2014 Report From The Voice of the Martyrs)

Kwan-li-so No. 22. is just one of those camps. This camp is completely isolated where prisoners and their families are held in lifelong detention. This camp is located in the northeast part of North Korea, near the border with China and Russia, and was founded in 1965 and expanded in the 1980s and 1990s.

Camp 22 is huge! It covers 225 km2 (87 miles) and is surrounded by a 3300 volt electric fence and an outer barbed wire fence. In addition, there are hidden nails and traps between the two fences, contains over 1,000 guards and trained dogs, also secure the perimeter.

What was their crime?

These people mostly criticized the government. Would you qualify for this camp? Have you spoke badly about Obama, or any part of the government in our country for that matter?

North Korea also punishes 3 generations of family members who are also likely to disapprove of the gvt. Meaning, if your grandfather tried to escape, your father, and your family would be sentenced to prison.

South Korean prisoners of war are also kept in this camp along with Christians. North Korea DOES not allow Christianity or freedom of religion. Even if someone SUSPECTS you are a Christian, you can be turned in and presumed guilty. Guilt by association sentences WHOLE families to life in prison.

A former guard Ahn Myong-chol was shocked when he described the camp was harsh, and life-threatening.

Read the rest of this article here