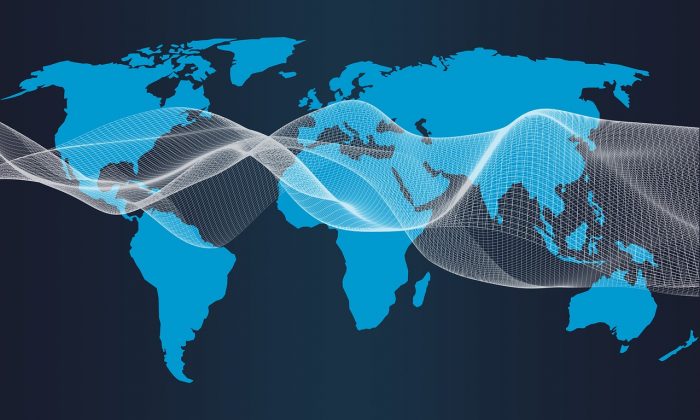 After a little bit of a lull, the international currency crisis is back with a vengeance. Currencies are collapsing in Argentina, Brazil, India, Turkey and other emerging markets, and central banks are springing into action. It is being hoped that the financial chaos can be confined to emerging markets so that it will not spread to the United States and Europe. But of course the global financial system is more interconnected today than ever before, and a massive wave of debt defaults in emerging markets would inevitably have extremely serious consequences all over the planet. It would be difficult to overstate the potential danger that this new crisis poses for all of us. Emerging market economies went on an unprecedented debt binge over the past decade, and a high percentage of those debts were denominated in U.S. dollars. As emerging market currencies collapse, it is going to become nearly impossible to service any debts denominated in U.S. dollars, and that could ultimately mean absolutely enormous losses for international lenders. Our system tends to do fairly well as long as everybody is paying their debts, but once the dominoes begin to tumble things can get messy really quickly.

Let’s start our roundup today with India. While India is currently not in as bad shape as some of the other emerging markets, the truth is that they could get there pretty rapidly if they keep going down this path.

But at least India is doing much better than Argentina.

The Argentine peso collapsed to another all-time record low on Thursday, and at this point it has fallen more than 45 percent against the U.S. dollar so far this year…

The Argentine peso crashed to record lows on the news. It saw steep losses in the previous session and collapsed another 15 percent to hit 39 pesos against the U.S. dollar on Thursday morning.

The peso is down more than 45 percent against the greenback this year, exacerbating pre-existing fears over the country’s weakening economy while inflation is running at 25.4 percent this year.

As Wolf Richter has noted, the Argentine peso was worth one U.S. dollar in 2002.

In an desperate attempt to stop the bleeding, the Argentine central bank raised interest rates to 60 percent…

On Thursday, the central bank said it was increasing the amount of reserves that banks have to hold, in a bid to tighten fiscal policy and shore up the currency. It hiked rates by 15 percentage points to 60 percent from 45 percent and promised not to lower them at least until December.

Yes, I know that looks like a misprint, but it is not.

Could you imagine what 60 percent interest rates would do to the U.S. economy?

Well, we will get there someday if we don’t change our ways, because we are going down the exact same path that Argentina has gone.

Things continue to get even worse in Turkey as well…

The risks are fast multiplying in Turkey’s beleaguered economy. In a clear sign of deterioration, Turkey’s economic confidence index plunged 9% month-on-month to 83.9 points in August, its lowest since March 2009. The country’s currency, the Lira, resumed its downward spiral. And Moody’s downgraded 20 financial institutions in Turkey.

The financial nightmare in Turkey is the gift that just keeps on giving. Their entire system is in the process of imploding, and President Erdogan seems to be in a persistent state of panic these days.

Also on Thursday, the Brazilian central bank directly intervened in the market to keep their currency from plunging to another new all-time record low…

The bloodbath in Argentina and Turkey is evident in Brazil also where Bloomberg reports that the central bank just intervened for the first time since June 22.

BCB reportedly intervened at 4.20 “to provide liquidity” adding that intervention intensity and frequency will depend on the market. The BCB also attempted to provide some confidence by reaffirming that monetary policy is not directly linked to recent market shocks.

A global financial crisis has begun, but because it has not really affected the United States too much yet, the mainstream media and most Americans aren’t really paying any attention.

But if the markets start crashing here too, then it will suddenly be all over the news.

Most people are aware that most of the biggest stock market crashes in U.S. history have happened in the fall, and the calendar is about to turn to the month of September.

We have definitely entered a “danger zone”, and more shocks seem to hit the global economy with each passing day. For example, we just learned that President Trump apparently intends to follow through on his threat to hit the Chinese with another 200 billion dollars in tariffs…

Bloomberg reported Thursday that Trump had told aides that he wants to follow through on a threat to impose tariffs on another $200 billion worth of Chinese goods as early as next week. That would mean more than half of all Chinese imports would be subject to tariffs.

The tariffs could go into effect after the public-comment period ends on September 6.

Of course the Chinese will retaliate, and that will mean more disruption for the global economic system.

Many people believe that the U.S. economy is much stronger than it was in 2008, and that we will be able to easily weather any shocks that come along.

Unfortunately, that is not true at all.

The truth is that all of our long-term problems are much worse than they were in 2008, and the stage is definitely set for an economic disaster of unprecedented proportions.