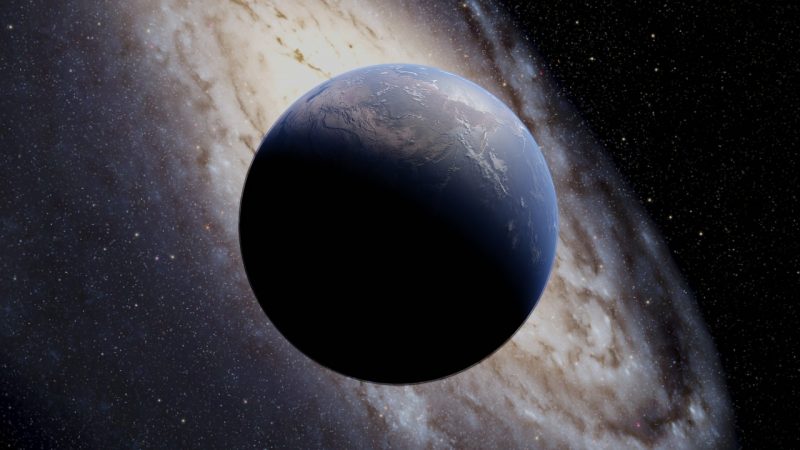 Scientists are telling us that we are in the midst of the worst mass extinction that our planet has seen since the days of the dinosaurs.  So why aren’t more people alarmed by this?  Have we become so “dumbed down” that we don’t even have the intellectual capacity to care about our own future any longer?  As I discuss in my latest book, plankton are being wiped out at a staggering rate and that means that all of the food chains in our oceans are in peril.  Meanwhile, insects are disappearing so rapidly that experts are warning that they may be almost totally gone about a hundred years from now.  Of course countless other species are steadily going extinct as well.  In fact, a recent study that included “data from 32,000 populations of more than 5,000 species of mammals, birds, amphibians, reptiles and fish” discovered that on average those populations have “plummeted nearly 70 percent in the last 50 years”.

Everywhere around us, life is being wiped out.

That means that we are in danger of being wiped out as well.

But for now, most people don’t seem to care.  As long as they have whatever they personally need, they are just going to keep enjoying their lives as they always have.

Unfortunately, the clock is ticking.  Last Sunday, 60 Minutes ran a segment in which they admitted that “the Earth is suffering a crisis of mass extinction on a scale unseen since the dinosaurs”…

But on this New Year’s Day, the population is 8 billion. Today, wild plants and animals are running out of places to live. The scientists you’re about to meet say the Earth is suffering a crisis of mass extinction on a scale unseen since the dinosaurs.

Yes, this is really happening.

Everywhere you look, life is being wiped out, and it is getting worse with each passing year.

A recent NPR article boldly declared that “animal populations are declining, and we’ve got limited time to try to fix it”.

Sadly, most people don’t seem to understand that humanity will not be able to survive when the animals, fish, birds and insects are gone.

That grim reality, according to the researchers, means that even if humans manage to survive in some capacity, the wide-reaching impacts of mass extinction — which include habitat destruction, breakdowns in the natural food chain, soil infertility, and more — would cause modern human society to crumble.

If we want to turn things around, we need to take massive action right now.

But the elite don’t seem to have any solutions.

Instead, they keep coming up with absolutely ridiculous ideas that won’t do any good at all.  For example, a New York Times editorial recently suggested that we should all “mate with shorter people” in order to save the world…

A New York Times op-ed suggests that everyone should “mate with shorter people” in order to save the planet.

Author Mara Altman, claims that “When you mate with shorter people, you’re potentially saving the planet by shrinking the needs of subsequent generations.”

“Lowering the height minimum for prospective partners on your dating profile is a step toward a greener planet,” she adds in the piece.

This was actually published by the New York Times.

Sometimes I think that we are simply too stupid to survive as a species for much longer.

Look, the truth is that one of the biggest problems that we are facing is that we are literally poisoning our entire planet with microplastics.

Trillions upon trillions of microplastic fragments are in our air, our water, our soil and our food.

These tiny particles are systematically destroying the environment, and they have literally been found everywhere that scientists have looked on the entire planet…

Microplastics have infiltrated every part of the planet. They have been found buried in Antarctic sea ice, within the guts of marine animals inhabiting the deepest ocean trenches, and in drinking water around the world. Plastic pollution has been found on beaches of remote, uninhabited islands and it shows up in sea water samples across the planet. One study estimated that there are around 24.4 trillion fragments of microplastics in the upper regions of the world’s oceans.

Microplastics are the primary reason why we now have giant “dead zones” in our oceans.

Given enough time, eventually everything in our oceans will be dead.

The amount of microplastics found at the bottom of oceans has tripled in 20 years, researchers have found.

Tiny pieces of plastic debris – smaller than the human eye can see – have been building up on the sea floor at a depth of more than 100 metres, the study reveals.

Their accumulation mimics the increasing amount of plastic products used by society for things like packaging, bottles and clothing, scientists said.

Even the rain that falls from the sky is absolutely teeming with microplastics.

As that rain falls on our farmland, our once fertile soil is becoming increasingly saturated with plastic.

Eventually our soil will contain so much plastic that we won’t be able to grow much of anything.

But I guess we’ll just have to cross that bridge once we come to it, right?

Because microplastic particles are so small, most of us never even think about them.  But the truth is that they are everywhere, and that includes the dinners that you enjoyed during the holiday season…

Fay Couceiro, a reader in biochemistry and environmental pollution at the university, conducted the small study by examining two separate roast dinners. Both dinners contained chicken, potatoes, carrots, broccoli, and yorkshire pudding, but one meal was made with ingredients that had been bought wrapped in plastic, while the other was not.

The food made from the plastic-wrapped items contained “seven times more microplastics than the non-plastic wrapped one,” according to the university’spress release about the study’s findings. In total, about 230,000 microplastic particles were found.

Year after year, all of us are consuming increasing amounts of plastic.

And one study actually determined that exposure to microplastics can cause “cell death”.

We are systematically destroying ourselves and everything around us, and most people don’t seem to care.

The clock is ticking for humanity, and there is not much time left.

Of course the clock is ticking for each one of us individually as well.  As Damar Hamlin’s tragic case reminds us, life is incredibly fragile, and we don’t know what tomorrow will bring.

Life can change in the blink of an eye. Damar’s injury has made us all wrestle with this truth. It has served as a reminder of own mortality. While we pray for him as he fights for his life we must ask ourselves where will we spend eternity? Thanks for this convo @andersoncooper pic.twitter.com/WrYQWNZ4hR