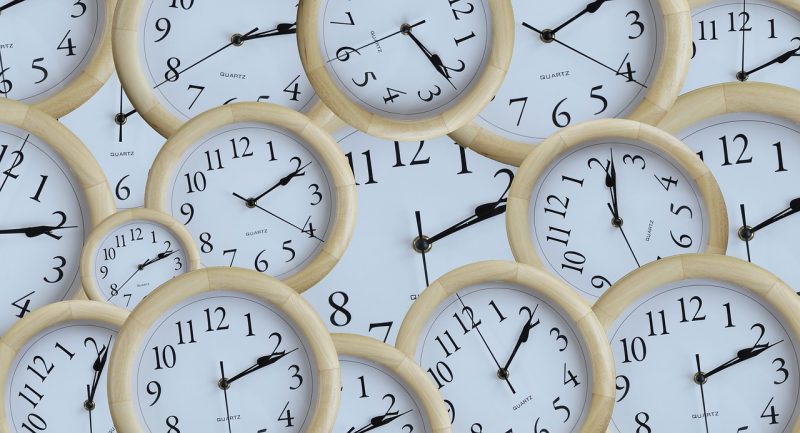 By the time that you have finished this article, even more children will have died from acute malnutrition.  Unfortunately, because very little is said about this rapidly growing crisis by the corporate media, the vast majority of us don’t even know that it is happening.  Global hunger has always been a major problem, but things have gone to a completely new level during the past couple of years.  The COVID pandemic, the war in Ukraine, rampant food inflation and extremely bizarre weather patterns have combined to create a “perfect storm”, and global food supplies have been getting tighter and tighter.  If something dramatic does not happen, we are likely to see suffering in the months ahead that would have once been unthinkable.

Of course if you have plenty of food right now it can be really easy to ignore the fact that people are dying in large numbers on the other side of the planet.  Last year, it was being reported that a child was dying from malnutrition every 11 seconds…

And since that number is from 2021, it is actually out of date.

In 2022, global food prices are far higher than they were last year.

In 2022, we are potentially facing devastating crop failures all over the planet due to severe drought.

So what is the real number now?

Nobody really knows, but it should alarm all of us that one prominent international aid organization just issued a mid-year “crisis alert” for the first time ever…

The International Rescue Committee for the first time on Tuesday issued a “Crisis Alert” update to its annual “Emergency Watchlist” report, warning that millions of people across East Africa could die from “catastrophic famine” without “urgent” international funding and action.

The global humanitarian aid organization releases its “Emergency Watchlist” at the end of each year, identifying the countries it believes are most at risk of the worst humanitarian crises over the course of the coming year. But since early 2022, Russia has been waging a war against Ukraine that has disproportionally affected food security in Ethiopia, Kenya and Somalia, which were reliant on Russia and Ukraine for about 90% of their wheat imports and are now in the midst of their longest, most severe drought in decades.

Things are particularly bad in Somalia.  The endless drought has resulted in the deaths of millions of animals, and much of the population is now living in “displaced persons camps”…

More than three million animals essential to Somalia’s pastoral communities have died so far and crop production has substantially dropped due to unprecedented poor rainfalls and intense dry conditions.

The continuing death of livestock, key commodity prices rising further and humanitarian assistance failing to reach the most vulnerable, have forced many people living mostly in rural areas, to move to displaced persons camps.

But it is important to understand that this is not a crisis that is just isolated to a few deeply suffering nations such as Somalia.

As you can see from this graphic, virtually every country in Africa is dealing with some level of hunger right now.

David Beasley is the head of the UN World Food Program, and he says that what we are facing now is worse than anything we have dealt with previously.

“The situation today is much, much worse, and we are already beginning to see destabilization take place in many countries — Sri Lanka, we saw what happened in Mali, Chad, Burkina Faso,” Beasley said. “We are seeing protests and riots in Kenya, Pakistan, Peru, Indonesia. And I could go on and on.”

The violence that we have seen in Sri Lanka in 2022 has been particularly alarming.

Prior to this, it had never been known for civil unrest.

But once millions of people are pushed to the brink of starvation, it is easy for things to get out of control very quickly.

At this point, the extreme desperation that we are witnessing in Sri Lanka is making headlines all over the planet…

There is always a long line waiting to enter at the dozens of community kitchens that have been set up in Sri Lanka by nonprofits and charities in recent months.

“Even today we had to turn back some people after serving over 300 meals,” Moses Akash, national director at the Voice for Voiceless Foundation in Colombo, which opened 12 community kitchens in June as runaway inflation made food unaffordable for millions, told VOA.

“People are desperate. For example, one family pushes their mother in a wheelchair for 5 kilometers to come. Some are surviving with only one meal,” he said.

But we live in the western world and so we don’t have to worry about such things, right?

Actually, the truth is that conditions are rapidly shifting here too.

In fact, Fox News is telling us that the food crisis in the United States “is very real”…

The food crisis in America today is very real — and not limited to specific parts of the country or certain segments of society.

There is also concern right now about what lies ahead in terms of the fall and winter seasons.

Last month, I wrote an article in which I discussed the fact that food banks all over the U.S. are facing “record high demand and record low supply”.  We are already seeing extremely long lines at facilities all over the nation, and it is being projected that those lines will get even longer in the months ahead.

When Fox News interviewed a top official from Feeding America, she openly admitted that many food banks may not have any turkeys to hand out when Thanksgiving rolls around this year…

She said there are food banks that would have already been purchasing turkeys by this point in time, but “turkeys are just cost-prohibitive now.”

“They’re already trying to source those products in anticipation of Thanksgiving,” she said — “and having great difficulty in doing that right now.”

“So they might have to give people chickens this year — they might not be able to give out other things.”

Our politicians in Washington insist that everything is going to be just fine.

Meanwhile, we just continue to get more bad news about global food production.  For example, Zero Hedge is reporting that it looks like rice production in India is going to be way below expectations this year…

We pointed out in April that the next challenge for the global food supply could be a plunge in rice production (read: here). Fast forward months later, and our suspicions appear to be right as India, the world’s largest rice exporter, has seen planting areas of the crop decline by 13% due to heatwaves and drought.

India accounts for 40% of the global rice trade, and a decline in production will complicate India’s domestic inflation fight. It could result in export restrictions, leading to few supplies for the rest of the world.

The stage is being set for the sort of historic global famine that I have been relentlessly warning about.

Most Americans may wish to ignore such things, but the truth is that a tsunami of hunger is coming.

I would encourage you to get prepared while you still can, because the clock is ticking.