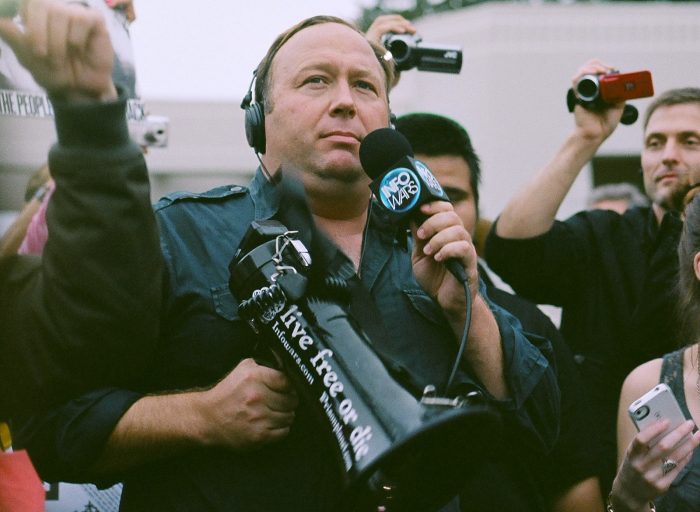 (CNBC) Several Facebook pages tied to Alex Jones, including the official pages for Infowars and Alex Jones himself, are close to being removed from the platform for violating its community standards multiple times, a Facebook spokesperson told CNBC.

Pages operated by Infowars still remain active because they had not hit the undisclosed threshold violations. The Facebook spokesperson told CNBC the Infowars pages are getting close to that threshold, but would not say specifically how many more infractions would be necessary to pull them.

Reexamining the ongoing Orwellian war being waged on language by Google, Facebook, and Twitter. #Censorship #1a #FreeSpeech pic.twitter.com/G4cRQiCUjz