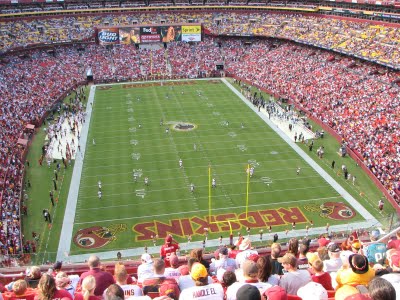 The Federal Communications Commission is weighing whether to ban TV stations from saying the name of Washington’s football team.

A law professor filed a petition with the agency earlier this month, claiming that the name “Redskins” violates federal rules barring any indecent content on broadcast television.

At a press conference Tuesday, FCC Chairman Tom Wheeler said he is reviewing the filing.

“We will be dealing with that issue on the merits, and we will be responding accordingly,” Wheeler said.

The FCC chief said he personally finds the term offensive and urged the team to change the name. But he didn’t say whether he thinks it is illegal.

“There are a lot of names and descriptions that were used for a time that are inappropriate today,” he said. “I think the name that is attributed to the Washington football club is one of those.”