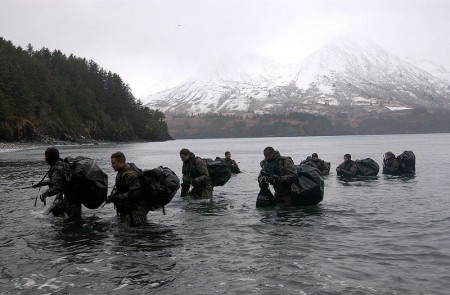 According to former U.S. Navy SEAL Carl Higbie, over 90 percent of troops disapprove of President Barack Obama. Higbie made the comments to “On The Record” host Greta Van Susteren Wednesday.

“Effective today, the president? A photo-op? or something in between?” Susteren asked.

“Photo-op. Complete photo-op. This indicative of a global failure of his foreign policy,” Higbie explained. “He has toted that he is behind the troops before and he stands in front of these guys, gets a photo-op, everything like that, while saying he’s going to send 3,000 guys to combat Ebola, but I’m not going to send any to combat an actual enemy that’s really threatening America.”

“What do you think they think? I mean, I suppose it’s kind of a mixed bag?” Susteren pressed.

“I’d say most of the troops,” Higbie replied. “Probably over 90 percent, do not support the president.”