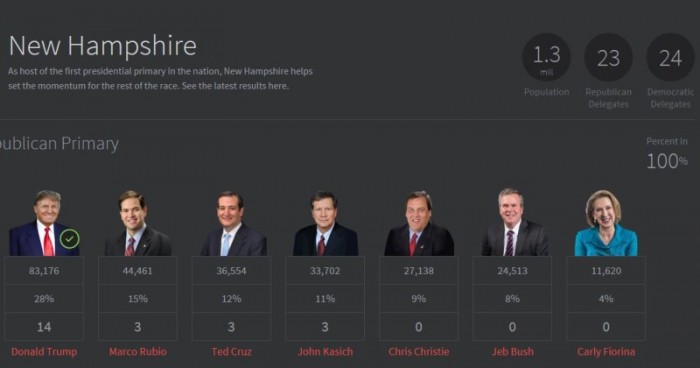 The page – which can be viewed here – displays the final tally of the Republican primary with 100% of votes counted. Donald Trump is in first place with 28%, with Rubio thirteen points behind with 15% and Ted Cruz just behind him in third.

The result of the Democratic primary shows Bernie Sanders beating Hillary Clinton by a margin of just 10%. A cross section of current polls shows Sanders is on average 14% ahead of Hillary.

The Fox News page also shows a detailed breakdown of votes by town, despite the fact that no results will be announced until later tonight.