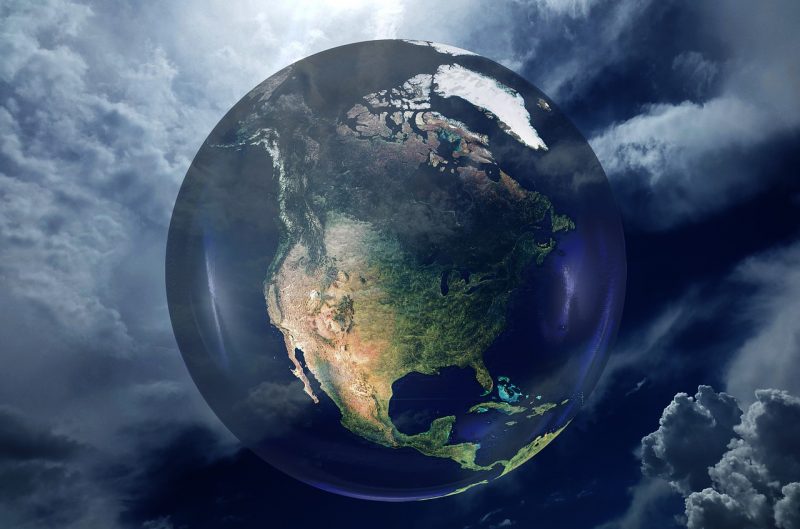 Over the past several years, it has just been one thing after another.  Just when we think that things are starting to settle down a little bit, another disaster suddenly strikes.  In all my years, I have never seen anything like this.  Month after month, bad things just keep happening from coast to coast, and this endless series of disasters has caused a tremendous amount of long-term damage.

Let me give you a few examples.  Thanks to citrus greening disease, Florida was already on pace for the worst orange crop since World War II, but then Hurricane Ian made things much worse.

As a result, it is now being projected that the upcoming orange crop in Florida will be a whopping 32 percent smaller than the previous one…

Orange juice prices are likely headed higher. Hurricane Ian damaged what was already forecast to be the lowest Florida orange crop in decades. The U.S. Department of Agriculture said orange production in Florida is down by 32% from last season, marking the scantiest predicted harvest in nearly 80 years.

Additionally, the forecast of all grapefruit production is two million boxes, 40% less than last season’s utilization of 3.33 million boxes.

If you like orange juice, get ready to pay a whole lot more for it at the grocery store.

Supplies of orange juice have gotten much tighter, and prices are surging to unprecedented levels…

First, let’s begin with US stockpiles of cold-stored orange juice plunged by 43% in September from a year earlier — the lowest level since 1977, according to the latest US Department of Agriculture data.

A combination of crop diseases across Florida’s citrus groves and Hurricane Ian that destroyed crops are creating a supply crunch that has catapulted orange juice futures contracts to as high as $2.18 per pound, the highest level ever.

Meanwhile, extreme drought conditions have caused the Mississippi River to drop to the lowest levels ever recorded in certain areas…

In Chester, Illinois, the river gauge of the Mississippi dropped to around zero last week, according to the Missouri Department of Conservation. Drone video of the Mississippi River near Memphis, Tennessee also reveals how far the 270-mile long river has contracted in recent months. In Memphis, the river dropped to minus-10.75 feet, a the lowest record ever recorded there, according to data from the National Weather Service.

In downtown Baton Rouge, Louisiana, resident Patrick Ford found the shipwrecked remains of the Brookhill, a trading vessel dating back to the early 20th Century. The low-water levels exposed the remains earlier this month. “I immediately texted friends and was like, ‘holy moly, I think I found a ship, a sunken ship!’” Ford told WBRZ, the city’s ABC News affiliate.

This is a major crisis, because normally more than 400 million tons of goods move along the Mississippi River each year.

But if the barges can’t travel, the goods can’t get to where they need to go.

And over the past few weeks, literally thousands of barges have been forced to sit idle because there simply is not enough water…

In recent weeks, hundreds of barges have become stalled in the receding Mississippi, caught in the lower depths. In early October, some 2,000 barges reportedly clogged the channels in long pileups along the river south of Memphis.

The barges need around a nine-foot depth to navigate. The problem is that the water levels have fallen so low in many places even the tugboats are getting stuck.

A tremendous amount of rain is needed in order to fix this problem, but unfortunately there won’t be too much rain for the foreseeable future.

Out on the west coast, the San Francisco Bay Area was shaken by a magnitude 5.1 earthquake on Tuesday…

A magnitude 5.1 earthquake rattled the San Francisco Bay Area on Tuesday, shaking buildings and marking the strongest quake the region has seen in eight years.

There were no immediate reports of damage or injuries.

The U.S. Geological Survey said the quake struck at 11:42 a.m. local time about 12 miles east of San Jose at a depth of about 4 miles. The area is about 40 miles southeast of downtown San Francisco.

This quake really shook a lot of people up, but the good news is that it appears that no serious damage was done.

However, this should definitely be a wake up call for everyone that lives in the region.

Scientists assure us that “the Big One” is way overdue, and I have been warning of the potential for cataclysmic seismic events on the west coast for a very long time.

The entire west coast of the United States sits along “the Ring of Fire”, and up to this point those that live there have been very fortunate.

But the clock is ticking and at some point their luck will run out.

A strong earthquake rocked the northern Philppines late Tuesday, but officials said no serious damage was expected and no tsunami warning was issued.

The U.S. Geological Survey said the magnitude 6.4 quake was centered 16.2 kilometers (10 miles) below the surface about 11 kilometers (7 miles) from Dolores on Luzon island.

I would encourage everyone to pay attention to the unusual seismic activity that we are witnessing all over the planet, because I believe that it will be a major story in the months ahead.

In addition, I expect droughts and flooding to intensify even more all over the planet as global weather patterns continue to go completely nuts.

For many decades, we could count on our world to be a relatively stable place.

Unfortunately, that is now starting to change in a major way, and that has very serious implications for all of us.