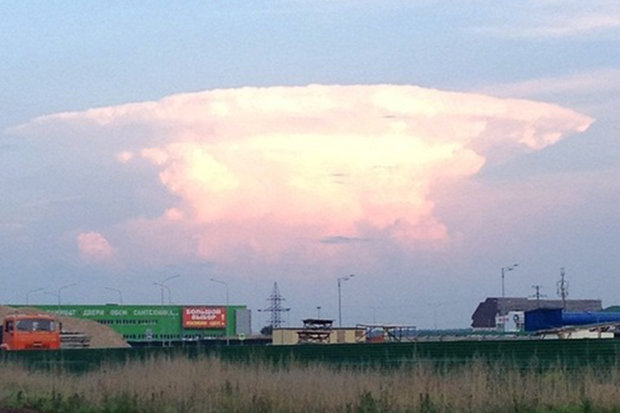 The huge shape floating above homes and businesses sparked widespread panic as people took to social media to find out if the end of the world was coming.

Many in the city of Tyumen in south central Russia believed it was the beginning of a nuclear war.

“I photographed it from my window.”