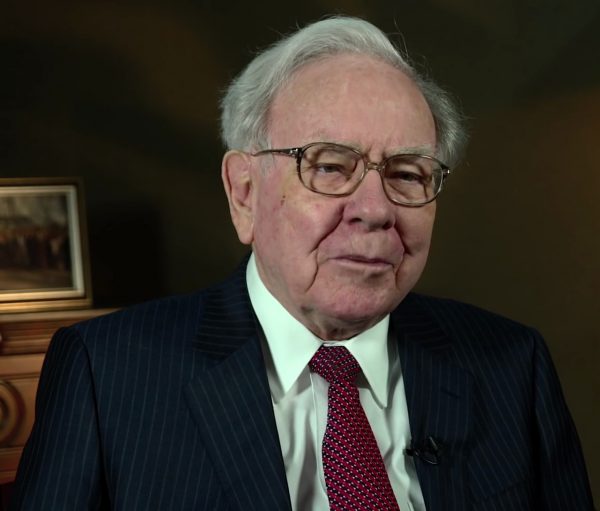 Does Warren Buffett believe that a major financial crisis is coming? In life, what people do is far more important than what they say, and what Warren Buffett is doing with his money right now speaks volumes. During the second half of 2019, a lot of the “experts” are warning about the possibility of a market crash, and corporate insiders have been selling stocks at a rate that we haven’t seen since the last financial crisis. There appears to be a widespread belief that the market is about to take a really negative turn, and we haven’t seen this sort of a “race for the exits” in a very long time. But when there is a lot of fear on Wall Street, that can sometimes be an opportunity to make a lot of money. Warren Buffett certainly hasn’t been afraid to “zig” when others are “zagging” over the years, and if he believed that there were great opportunities in the marketplace right now he would not hesitate to strike. But as you will see below, he’s not doing that.

Warren Buffett is the most famous investor in America today, but if you are not familiar with him, the following is a pretty good introduction from Wikipedia…

Warren Edward Buffett (/ˈbʌfɪt/; born August 30, 1930)[2] is an American business magnate, investor, speaker and philanthropist who serves as the chairman and CEO of Berkshire Hathaway. He is considered one of the most successful investors in the world[3][4] and has a net worth of US$82 billion as of July 18, 2019, making him the third-wealthiest person in the world.[5]

Buffett was born in Omaha, Nebraska. He developed an interest in business and investing in his youth, eventually entering the Wharton School of the University of Pennsylvania in 1947 before transferring and graduating from the University of Nebraska at the age of 19. He went on to graduate from Columbia Business School, where he molded his investment philosophy around the concept of value investing that was pioneered by Benjamin Graham. He attended New York Institute of Finance to focus his economics background and soon after began various business partnerships, including one with Graham. He created Buffett Partnership, Ltd in 1956 and his firm eventually acquired a textile manufacturing firm called Berkshire Hathaway, assuming its name to create a diversified holding company. In 1978, Charlie Munger joined Buffett and became vice chairman of the company.[6][7]

Buffett became one of the wealthiest people in the entire country by aggressively investing his money. His keen instincts have enabled him to make the right move far more often than not, and that is why what he is doing with his money right now has so many people concerned.

Instead of pumping his company’s cash into the stock market, Buffett has decided to hoard it. In fact, Berkshire Hathaway currently has 122 billion dollars that is just sitting there and doing nothing at all…

Warren Buffett, known for being one of the world’s most prescient investors, has kept quiet on whether U.S. equities are too expensive at a time when the global economy is slowing, Bloomberg reports. But he’s reportedly hoarding a record $122 billion in cash at Berkshire Hathaway Inc., leading to some speculation that he sees a recession on the horizon, or at least is sending some sort of warning. The cash pile is more than half the value of Berkshire’s $208 billion portfolio of public companies, and the only time that percentage has reportedly been higher since 1987 was in the years leading up to the 2008 financial crisis.

Yet again, we are talking about something that hasn’t happened since the last financial crisis.

Red flags are popping up all around us, and yet most people are choosing not to pay attention.

If Buffett believed that an “economic boom” was coming and that stock prices were going to go higher, sitting on a giant mountain of cash wouldn’t make any sense at all.

But if he believed that the market was about to crash and that stock prices would soon be far cheaper than they are now, having a mammoth cash hoard would make all of the sense in the world.

Of course Buffett is not the only one that can see what is coming. Earlier today, a CNBC article lamented the fact that there has been a “sudden pullback” in spending among wealthy individuals all over America…

From real estate and retail stores to classic cars and art, the weakest segment of the American economy right now is the very top. While the middle class and broader consumer sections continue to spend, economists say the sudden pullback among the wealthy could cascade down to the rest of the economy and create a further drag on growth.

Luxury real estate is having its worst year since the financial crisis, with pricey markets like Manhattan seeing six straight quarters of sales declines. According to Redfin, sales of homes priced at $1.5 million or more fell 5% in the U.S. in the second quarter. Unsold mansions and penthouses are piling up across the country, especially in ritzy resort towns, with a nearly three-year supply of luxury listings in Aspen, Colorado, and the Hamptons in New York.

When an economic crisis is ahead, the correct thing to do is to reduce spending, and obviously that is precisely what many at the top of the economic pyramid have decided to do.

Meanwhile, millions of other Americans do not understand what is happening, and they just assume that everything is going to be just fine somehow.

A lot of people out there seem to believe that the problems that caused the last financial crisis were “fixed” and that the good times will just keep on rolling for many years to come.

It is theoretically possible that this could happen, but I certainly wouldn’t bet on it.