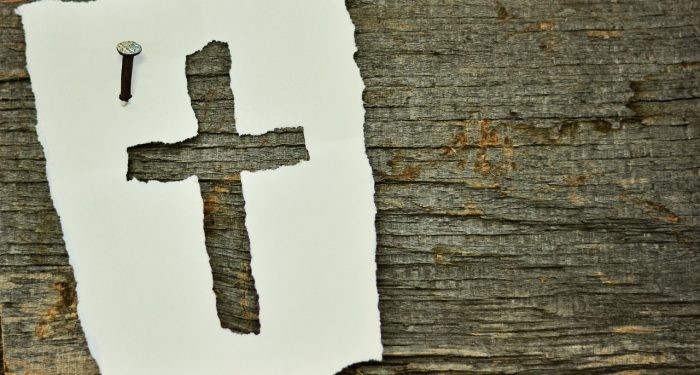 The global persecution of Christians continues to escalate dramatically, and yet the mainstream media in the United States is virtually silent about it. In this article, I am going to quote a lot of sources, but they are all either overseas news outlets or Christian websites in the United States. To a certain extent, I think that the mainstream media is extremely hesitant to report about the global persecution of Christians because it may cause the general public to feel sympathetic, and that would definitely be counterproductive to what they are trying to accomplish. Ultimately, the elite are trying to demonize Christians, conservatives, patriots and anyone else that would attempt to oppose their radical agenda for America. So they are banning us from their Internet platforms, they are mocking us on their news and entertainment programs, and they certainly don’t want to highlight the fact that the persecution of Christians is escalating rapidly around the globe.

In this article, I would like to share with you 8 recent examples of Christians being persecuted that you probably never heard about from the mainstream media…

#1 In Kenya, two Christians were recently pulled off a bus and shot dead for failing to recite the Islamic creed…

International Christian Concern reported on the statements of witnesses and heartbroken families a month after the two Christians, Fredrick Ngui Ngonde and Joshua Ooko Obila, were shot dead by Somalia-based terror group al-Shabaab for refusing to recite the Islamic creed.

“The armed Somali fighters ordered all of us to [get off of] the bus and produce our identity cards. They singled out three passengers and ordered them to remain down the bus as we boarded. They asked them if they were Muslims and if they knew the Shahada and the seven verses of Suratul Fatiha. One of them recited part of the Shahada and was allowed to [return] to the bus,” a witness who wasn’t named told the watchdog group.

“The other two kafir men refused to obey the jihad fighters and remained adamant that Christ is their savior and they cannot deny the Christian faith. They were shot dead.”

#2 In Nigeria, the death toll for Christians “continues to rise to catastrophic proportions” as radical groups continue their genocidal campaign…

The death toll for Christians in Nigeria continues to rise to catastrophic proportions as the nation seems helpless or unwilling to stop bloodthirsty Islamic radicals targeting Christians in the region.

This time jihadists—identified as notorious Fulani Herdsmen—toting guns and machetes slaughtered 17 innocent victims in one evening, including four young children and a grandmother.

All of the victims are said to be members of a local evangelical Christian church.

An American Christian missionary has been shot dead in front of his wife and kids in a volatile region of Cameroon. Charles Wesco, 44, was killed when a volley of gunfire struck his car windshield as he traveled to a local store with his wife, Stephanie, one of his children and a fellow missionary. The ministry worker was rushed to a hospital in the city of Bamenda where he was pronounced dead.

#4 In Pakistan, a Christian pharmacist recently died after a gang of Muslims attacked him with acid…

According to Asia News, Faraz Ahmed Badar was a 26-year-old pharmacist who worked at the DHQ Hospital in Gujaranwala. Before his death, he had been harassed relentlessly by a Muslim colleague, who was reportedly jealous that Badar was in a more senior position than him at work. The understanding was this – if you are a Christian, you should never be allowed to rise above a Muslim at work. And it was this prejudice that resulted in Badar’s untimely death.

On 5 September, the pharmacist was preparing for his shift when he was brutally attacked with acid by a group of men who were wearing face masks. The suspects are still at large. Badar was rushed to a local hospital, where he spent 10 days, before succumbing to his injuries and dying on September 15.

#5 In Myanmar, rebel attacks have “destroyed or closed” 12 churches, and some pastors have even had their heads shaved…

A group of rebels has set its sights on Burmese Christians in a fresh series of attacks, with devastating results. Over the past couple of weeks, Ethnic Wa rebels have shut down churches, destroyed religious buildings and even shaved the heads of local pastors.

“We confirmed that at least 12 churches have been destroyed or closed as of Sept. 20,” said one church leader of the latest spree of attacks.

#6 In India, the police recently stormed a church service on a Sunday morning and arrested 10 pastors as they were praying because “they had been converting non-members”…

The 10 pastors were detained with their loved ones as they prayed at a church on Sunday in Uttar Pradesh, northern India, following allegations made by Hindu nationalist groups that they had been converting non-members.

Pastor Bahavan Ram was arrested after police burst into his church in Kariyabar in what has been described as a major crackdown on Christianity in the state.

#7 The persecution of Christians in China is the worst that it has ever been in modern times. According to a British news source, “hundreds of churches” have now been demolished by government officials…

China has imposed a massive crackdown on Christianity across the country, with hundreds of churches demolished and Bibles banned.

In April, China’s religious affairs department published an article stating all churches in country must follow the Communist Party’s rules so that they are “Sinicized” (made more Chinese).

#8 American Christians generally have it much easier than the rest of the world, but incidents of violence are becoming more frequent here as well. For example, a church in Seattle was recently firebombed with Molotov cocktails…

As a group of about 50 congregants attended a worship service at a Seattle-based church, an arsonist hurled several Molotov cocktails toward the sanctuary.

Witnesses told authorities they saw a person throwing lit bottles filled with an unknown substance at Iglesia ni Cristo just after 8 p.m. Thursday and immediately called 9-1-1, according to KCPQ-TV.

If some leftist group had been firebombed, it would have made front page news all over the country and CNN and MSNBC would have been breathlessly examining every little detail for hours.

In the end, everyone has an agenda to push, and stories about Christian persecution absolutely do not fit with the narratives that the corporate media are trying to propagate.

But just because they are ignoring this global surge in Christian persecution does not mean that it does not exist. We truly do live in apocalyptic times, and we should expect persecution to continue to rise as anti-Christian sentiment continues to grow.

Thankfully, we don’t have to worry too much about being gunned down or arrested here in the western world, but we can certainly see anti-Christian sentiment rising all around us. Christians are portrayed as nutjobs on our television shows and in our movies, Christian values are endlessly demonized on our news programs, and now prominent Christians voices are continually being silenced on social media.

We are going down the same path that much of the rest of the world has already gone down, and it is just a matter of time before the sort of brutal persecution being experienced elsewhere happens here too.