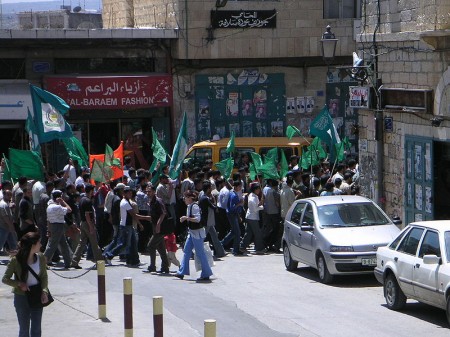 Hamas’s true objective in Operation Protective Edge – and negotiations that may follow – is in “liberating” Jerusalem from the Jews, a Hamas spokesman stated earlier this week.

“The time has come for us to say that the true war is not aimed at opening border crossings,” Sami Abu Zuhri said. “Our true war is aimed at the liberation of Jerusalem, Allah willing.” His words were translated by the Middle East Media Research Institute, or MEMRI.

He then chanted “Khaybar, Khaybar al Yahood,” an Arabic phrase meaning that Allah will return to expel (or kill) the Jews. Khaybar was a Jewish village north of Medina, Saudi Arabia, which was conquered by Islamists in 629 CE. Crowds waving Hamas flags cheered him on.

“The army of Mohammed has begun its return,” he continued. “Resistance, resistance. . .we are all with the resistance.”

“The war will continue,” Abu Zuhri affirmed. “However, it is not only the blockade which is rejected by our people. Our people refuses to accept the defiling of the land by the occupier.”