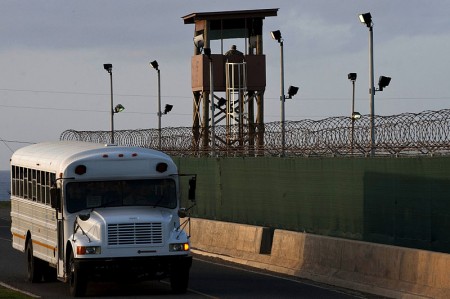 An anonymous source claiming to work inside of the Los Angeles Department of Health Services recently dropped a bombshell that could set a dangerous new precedent in how the government deals with those they find to be a burden or threat to a stable society.

In a report penned by Paul Joseph Watson, the whistleblower says that Los Angeles County is preparing to round up and forcibly house homeless citizens in detention facilities referred to internally by department employees as “FEMA Camps,” though the source says that they have been instructed to refer to the detention areas as “low cost housing” facilities.

According to the source, law enforcement teams will soon be rounding up homeless individuals on the streets, checking them into the facilities, and detaining them indefinitely for “their own health and safety.” What may be even more alarming, however, is that the government is reportedly planning on embedding these individuals with RFID chips presumably to track their whereabouts.

“We will approach them on the street asking if they need or want help usually offering food to get their direct attention, if they come into the office it makes our jobs twice as efficient,” said the supervisor.

“In most cases the decision is already made for them unless they become combative or belligerent in which case we send them in for a 72 hour psych evaluation and then transfer them while under sedation or heavy medication to the “facility.”

The supervisor stressed that the program would be “humane,” that it would help clean up the streets, and that the citizens being processed into the housing units would receive medical treatment, an RFID chip, room and board, but that “they cannot leave.”

The supervisor elaborated that the facility was not a prison, but that its population would be kept there “for their own health and safety.”

The whistleblower points to a page on the Department of Health Services official website which details how “roving teams” will help “provide short-term housing with health oversight to homeless DHS patients who are recovering from an acute illness or injury or have conditions that would be exacerbated by living on the street or in shelters.”

Many Americans will no doubt support these facilities because it’ll “clean up” their neighborhoods, making them safer and eliminating an eyesore. They won’t even blink about people being forcibly rounded up, drugged, detained and tracked like animals, so long as it happens out of view of their Utopia.

2 thoughts on “Hotel California: L.A. Officials To Send Homeless To Internment Camps: Will Be Implanted With RFID Chips”