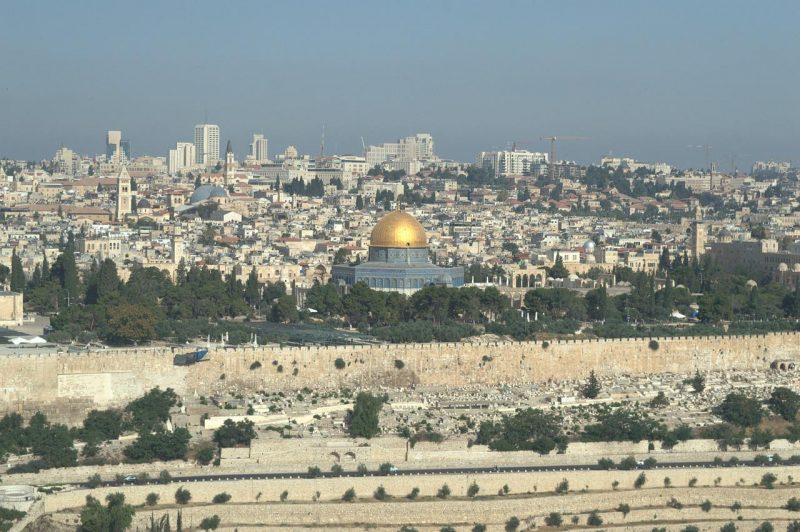 Will we soon witness a war in the Middle East that is unlike anything that we have ever seen before in all of human history?  In this article, I am going to share something with you that is very personal.  All throughout my life, I have been shown things that will happen in the future.  Much of the time, the things that I would be shown were for me or for people close to me.  I would be shown an event or a moment in time or something that would happen, and later on things would transpire just as God had showed them to me.  When I was growing up, I just assumed that this was a natural thing and that everyone had these sorts of experiences.  Of course there are lots and lots of people having these sorts of experiences, but our society generally frowns upon such things, and so many choose to keep very quiet about them.

Personally, I have always tended to be quite hesitant to share things that I am shown, but that has started to change over the past few years.  When I see something that is obviously meant for me or for someone close to me, I am only going to share it with those that I believe that the Lord wants me to share it with.  But when I am shown something about national or world events that I believe the Lord wants me to share more broadly, at those times I will share what I see with the general public.

I don’t know why, but there are times when I am shown things about the nation of Israel.  For example, I wasn’t shown anything about the last presidential election in the United States, but I was shown that Naftali Bennett would become the next prime minister of Israel, and that is precisely what happened.

With all that being said, I would like to share what I was shown about Israel on the morning of April 17th, 2022.

This was an experience that I had while asleep, but it was qualitatively different from a normal dream.  Those that have similar experiences know what I am talking about.

In this experience, I saw an endless barrage of missiles being fired at Israel during what seemed to be a major war in the Middle East.  The missiles were being launched in rapid fire fashion, and it kind of reminded me of some of the footage that I have seen from Ukraine.

I did not see where the missiles landed.  I also did not see the death and destruction that they caused.

Of course Israel has very advanced anti-missile systems, and so perhaps a lot of these missiles were being intercepted.  I was not shown any of that.

My perspective was from the side of those firing the missiles.  It appeared to me that the goal was to inflict as much damage upon Israel as possible.

These missiles were not being fired from a vast distance away.  Rather, they all seemed to be coming from other nations or terror groups in the Middle East.

And in my dream I had the impression that there were more missiles pointed at the land of Israel than anywhere else on the globe.

I am a researcher, and so after I awoke I wanted to try to find some information that backed up what I just saw.  According to an article that was published by an Israeli news source earlier this year, Hezbollah “is believed to have over 150,000 missiles”…

Hezbollah is believed to have over 150,000 missiles, but only a small number of them can be guided to specific sites. Israel fears in a future war that the terror group could use a barrage of precision missiles to attack sensitive facilities and overwhelm its air defense array.

In the past, I have seen other sources estimate that Hezbollah actually has 180,000 missiles.

But everyone agrees that it is a huge number.

Nasrallah also claimed the Iran-backed terror group has begun manufacturing its own drones. The group has flown dozens of small drones into Israel in recent years, apparently for surveillance purposes. A security source said last month that at least some of the drones Hezbollah used were ordinary, commercially available devices.

So Hezbollah alone could certainly send a seemingly endless barrage at Israel in a future conflict.

In the south, Hamas also has an impressive array of weapons, but of course they are not nearly as strong as Hezbollah.

Syria and Iran would also be potential adversaries for Israel, and they also have vast arsenals.

And tensions are certainly on the rise in the region.  On Friday, there were extremely violent clashes between Israeli security forces and Palestinian protesters at the al-Aqsa Mosque…

Clashes broke out on Friday morning between Palestinians and Israeli security forces on the Temple Mount after a small group of protesters gathered stones and wood chunks to throw at the forces and at Jewish worshipers. Rioters also threw fireworks at security forces.

In a rare move, police entered al-Aqsa Mosque after Palestinians who had barricaded themselves inside following the morning prayer began throwing stones at officers. During the six hours of clashes, more than 470 rioters were arrested, including 65 minors.

If you think that the price of gasoline is bad now, just wait until a major war breaks out in the Middle East.

I want to stress that I do not know when it will happen.  Those that have experiences that are similar to mine know that they often come with a very strong sense of urgency, but that doesn’t mean that they will happen right away.

But without a doubt, global events are accelerating.

Things seem to be going haywire all over the world, but meanwhile the mainstream media is telling you that everything is going to be just fine.

“Elon is trying to control how people think. That is our job”. 😂😂😂 pic.twitter.com/NywLXXu8hz

And during this very spiritual time of the year, the most important newspaper in America just published an editorial which called for eliminating belief in God…

The New York Times published an op-ed Friday that proposes eliminating belief in God — as one of the holiest weekends of the year begins.

Titled “In This Time of War, I Propose We Give Up God,” the article claims that God is responsible for “war and violence” and for “oppression and suffering,” and suggests that people stop teaching children about Him.

No, God is not responsible for the war in Ukraine or all of the horrific suffering that is happening all over the planet.

God created us with the ability to choose, and we have pushed Him away and have eagerly embraced just about every form of evil imaginable.

As a result, our world has become a very bad place.

And things are going to get even worse before Jesus comes back and sets everything right.

For decades, God has been warning us about the things that will happen during the end times, and I have documented many of those warnings in Lost Prophecies Of The Future Of America and 7 Year Apocalypse.

But most people are not interested in such warnings.

In fact, most people don’t want anything to do with God at all.

Those of us that have been sounding the alarm will continue to do so, but time is quickly running out.