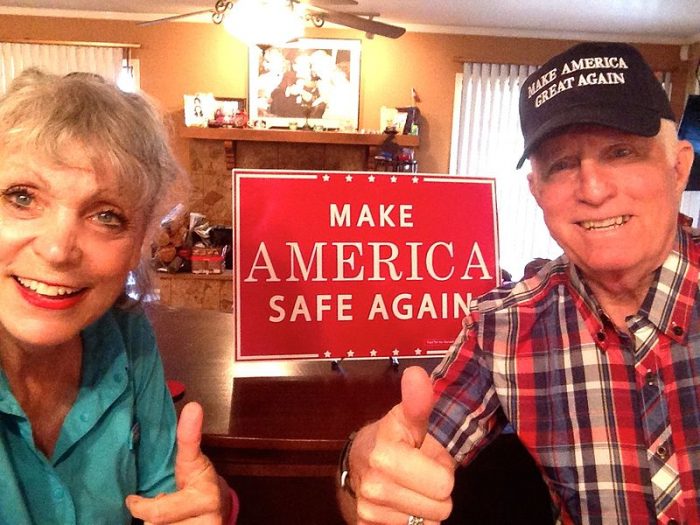 Many liberals that are still extremely bitter about the outcome of the election are taking out their frustrations on Trump supporters all over the country.  And in some cases, employees are actually being “reassigned”, fired or asked to leave their jobs if they openly admit their support for President Trump.  This kind of political discrimination is not supposed to be happening in our workplaces, but it is happening.  Many leftists that are in positions of authority around the nation are using that authority to punish people that voted for Donald Trump.  So if you voted for Trump and your boss didn’t, you might want to keep your political views to yourself at your workplace if you want to keep your job.

And sharing your political opinions on Facebook is not necessarily safe either.  Just ask an elementary school teacher in Collier County, Florida that was just “reassigned” to administrative duties for a pro-Trump Facebook post…

Parkside Elementary School computer lab instructor Veronica Fleming linked to a Chicago Tribune story about the nationwide protest and offered her take on the situation.

“The funny part about immigrants staying home is the rest of us who pay for them are here at work like we’ve always been. Looks like less mouths to feed today. Have fun while you still can. So glad to hear about massive deportation. Let’s make America great again. Thanks Donald Trump!”

Fleming’s post may have been insensitive, but there was nothing illegal about it.

Unfortunately, we live in an environment where a single statement on social media can cost you your entire career.  Almost the exact same thing happened to another teacher who posted a message to Facebook encouraging people to “report illegal aliens”…

A Facebook post attributed to a Prosser teacher voiced support for boycotting Thursday’s A Day Without Immigrants protests and provided information on how to contact the U.S. Immigration and Customs Enforcement Agency to “report illegal aliens.”

“They will need to know names, locations (either work place or residence) and any other specific information you can provide,” the post said.

“If this offended you in anyway (sic) do me a favor and unfriend my American ass!!!” the post said.

Reached by phone Friday evening, Prosser Superintendent Ray Tolcacher did not identify the teacher, but confirmed the wording of that post was the same that led to the teacher being placed on administrative leave.

Once again, this post was definitely insensitive, but there was nothing in it that should have caused her employer to take this sort of action.

The last time I checked, coming into the country illegally was against the law.

Sadly, we have become a completely lawless nation, and those that stand up and say something about the lawlessness are now regarded as the bad guys.

In the tech world, things can be particularly brutal for Trump supporters.  For example, the owner of one online marketing company has said that he will no longer do any business with anyone that voted for Trump, and he says that any of his employees that cast a vote for Trump should “leave our firm”…

In one case, Matthew Blanchfield of the New Mexico online marketing company 1st In SEO announced he is canceling all client accounts belonging to Republicans and Trump voters.

“If you are a Republican, voted for Donald Trump or support Donald Trump in any manner, you are not welcome at 1st In SEO, and we ask that you leave our firm.”

Let’s hope that 1st In SEO goes out of business very soon.

But that bitter business owner is certainly far from alone in the tech world.  In a case from Silicon Valley, just casually mentioning that he voted for Trump got one poor guy fired…

Team talking about politics, not paying close attention to why, working as an SWE, one asks who I voted, I said trump without paying attention to why, he got up & called me racist, led to domino effect calling me sexist, anti-semetic, team gathered around screaming, got fired.

In my entire lifetime, I have never seen so much anger and bitterness after an election.

Just look at what happened after Melania Trump recited the Lord’s Prayer at a rally in Florida last weekend.  People went absolutely nuts.  Based on how leftists were reacting, you would have thought that she had just burned the entire place down.

At this point, just about anything that Donald Trump or his family does is wrong in the eyes of his enemies, and they are going to oppose him any way that they can.

Many businesses have already cut ties with the Trumps, and liberal organizations all over American have announced boycotts of his products.  But of course success is one of the best forms of revenge, and a boycott of Ivanka Trump’s perfume was not enough to keep it from surging to the number one position on Amazon…

Ivanka Trump Eau de Parfum Spray For Women ($34 for a 3.4-ounce bottle) was No. 1 on Amazon’s list of bestselling fragrances and perfume for at least the sixth consecutive day. One reviewer wrote: “I normally buy this at Nordstrom. But now that I heard they will not carry it anymore, I was happy to find it on Amazon.” (Radha Beauty Aromatherapy was at No. 2 on Amazon’s list.) The recent success of Ivanka Trump’s perfume on Amazon, particularly after her products were dropped from other stores, suggests the “resistance economy” to boycott products associated with the family of President Trump can help a brand as well as hurt it.

The bottom line to all of this is that we are a deeply, deeply divided country, and many liberals truly believe that they are doing the right thing when they take out their frustrations on Trump supporters.

Of course I am not saying that you should be completely silent about what you believe.  Anyone that follows my work on a regular basis knows that I am extremely opinionated.

It is just that we live in very troubled times, and we need to act with wisdom in all that we do.

4 thoughts on “If You Admit That You Are A Trump Supporter, It May Cost You Your Job”